When we think of disaster movies, they tend to fall into two camps: campy (think Sharknado, The Meg… okay, most of the shark movies) or serious (The Day After Tomorrow, etc.). 13 Minutes falls into the latter – sort of. This new film from writer/director Lindsay Gossling aims for realism – depicting not only how the disaster, a tornado in this case, would actually take place, but depicting the impact and fallout on real people. Even before the storm takes shape, the characters are struggling with issues including undocumented immigration, abortion rights, homophobia, physical disability, access to healthcare, and more – much of which plays out in their ability to respond to the tornado and reach safety. The result is a movie that makes you think – and may even effect real life change to disaster preparedness and response – all while getting you invested in a variety of diverse characters and bringing the tornado action.

We had the chance to sit down with Gossling, as well as producer and real life storm chaser Travis Farncombe, to talk about how they approached bringing these layers of realism to 13 Minutes. We also spoke about Travis’ storm chasing experience and how that contributed to the filmmaking process, how Lindsay approached casting, and more.

Watch the full interview below:

The largest tornado on record threatens to ravage a small town, leaving residents with only 13 minutes to find shelter, search for loved ones and fight for their lives. In the wake of total devastation, four families must overcome their differences and find strength in themselves and one another to survive.

13 Minutes is in theaters now and On-Demand and Digital November 19th. 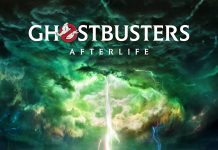 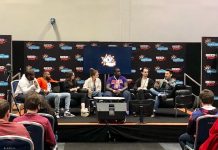 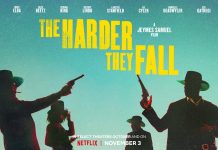