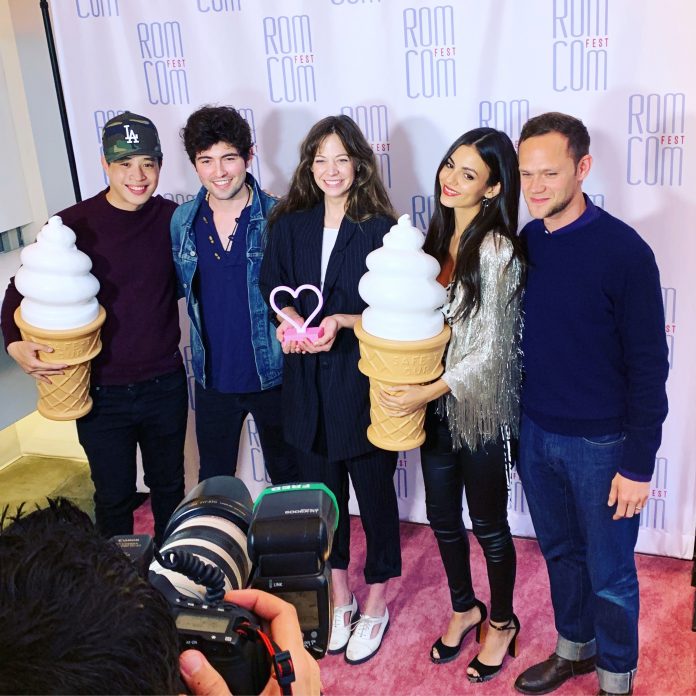 We recently attended the first annual Rom Com Fest in downtown LA this past weekend, where we got to photograph a fabulous pink carpet, attend the premiere for upcoming rom com Summer Night, eat the cutest desserts and shop til we drop. It was all things cute and instagram worthy and a truly one-of-a-kind experience. 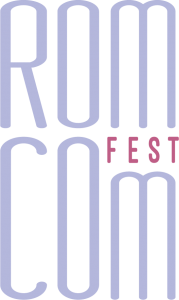 There’s a film festival for everything, but what about the romantic comedy? Especially nowadays, we all need something uplifting to escape to. Routinely dismissed by film critics as a lesser genre artistically, romantic comedies aren’t simply traditionally beloved, but also a true art form which has produced some of the most classic and enduring films we know today. These films should receive the recognition they deserve along with an experience to bring together a community of film fans that flock to them. Thus, Rom Com Fest was created Rom.

Rom Com Fest is an experiential festival that took place June 20-23 in Downtown LA. The festival brought together those who love and/or create romantic comedy films through memorable events and screenings – pairing rosé and desserts with films, encouraging that its audiences show up dressed in themed attire, and hosting special filmmakers and guests to talk about and celebrate the art of rom com films. Highlights included a special curated screening and fireside chat with actress Rachel Bloom (CW’s “Crazy Ex-Girlfriend”) on her favorite classic rom com film NEVER BEEN KISSED, as well as anniversary screenings for BRIDE WARS featuring a conversation with the film’s writers who are also acclaimed actresses known for memorable roles in romantic comedies and TV shows – June Diane Raphael (LONG SHOT, Netflix’s “Grace and Frankie”) and Casey Wilson (Showtime’s “Black Monday”, “Happy Endings”),10 THINGS I HATE ABOUT YOU, featuring a special Q&A with writers Kirsten “Kiwi” Smith and Karen McCullah (writers of LEGALLY BLONDE, SHE’S THE MAN), and the west coast premiere of SUMMER NIGHT, which included a conversation with director Joseph Cross and cast Victoria Justice, Analeigh Tipton, Ian Nelson and Hayden Szeto.

The festival was organized and curated by its Founder and Executive Director, Miraya Berke. Berke is a female entrepreneur, the founder of Pop Productions event boutique studio (whose mission is to create events that spark joy & delight), and the founder of Dessert Goals, the popular dessert festival that is held in New York and Los Angeles.

Here are some exclusive photos we took at the venue.

And here are some photos we took from the pink carpet of the ‘Summer Night’ actors and director. Photographed here are Director Joseph Cross, Victoria Justice, Analeigh Tipton, Hayden Szeto, and Ian Nelson. Also included is a photo from the Q&A after the screening. (Click on photo to see full size of image.)

The festival featured a variety of competitions and awarded the winners. Here is a list of the winners:

For more information on this incredible festival, and to sign up for their newsletter, visit www.romcomfest.com!