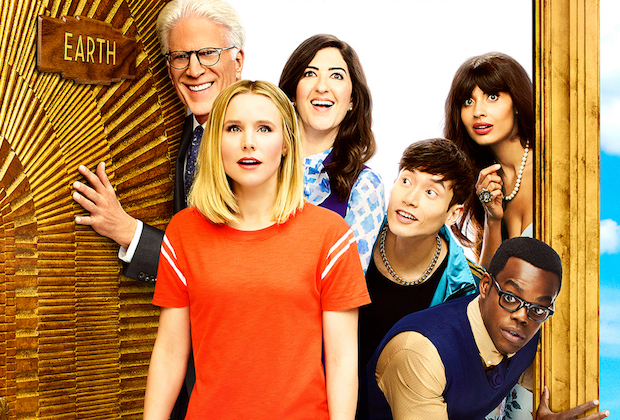 The Good Place is back and weirder than ever, but we mean that in a forking good way! The season 3 premiere began with a bang and so many laughs. Which isn’t surprising considering every episode is comedic gold. Honestly, it’s just so weird. Eleanor, Chidi, Tahani and Jason are in for a ride this season as they take on the mortal world in Australia. Here are  three things that we loved about the premiere:

Everything about Chidi and Eleanor,  basically

I like them both as individual characters, but when they’re together, I absolutely love them. They’re just so different from one another; yet, they balance each other out. While yes, I wish they were together because I ship it, I like their friendship. Eleanor builds Chidi up in her own way — helping him pursue the doctor (who is perfect for him tbh). And then there’s Chidi who helps Eleanor, the self-proclaimed hottie from Arizona, be a better human being. This new adventure in Australia is sure to be a wild ride between the two. I need them to get together, but I’m torn because I really like the head doctor. Ugh, love triangles.

The team’s back together

Finally! The team is back together, but this time they’re teaming up in Australia for a new mission: Chidi’s thesis. While it was fun to see the four on their own, navigating their lives after near-death experiences, it’s definitely more entertaining when they’re together. Because let’s face it: nothing ever makes sense when they’re together, and it’s awesome. Who knows what will happen as they do this study together. Do we ever really guess the plot twists of this show ever? I definitely do not. Also, Jason and his dance troop in Florida….lol. And then Tahani deleting TSwift from her phone contacts. I would never.

An ending nobody saw coming. Yep, a demon has landed in Australia, and he’s sure to shake a lot of stuff up during his time on Earth. I really like Adam Scott as an actor (Ben Wyatt, guys), so that was a great addition to the premiere. His presence to this season was so random. However, there needs to be a little bit of drama, so I’m glad he’s the one bringing on the drama this season. I can deal with that.

We’re so forking excited for season 3 of The Good Place!