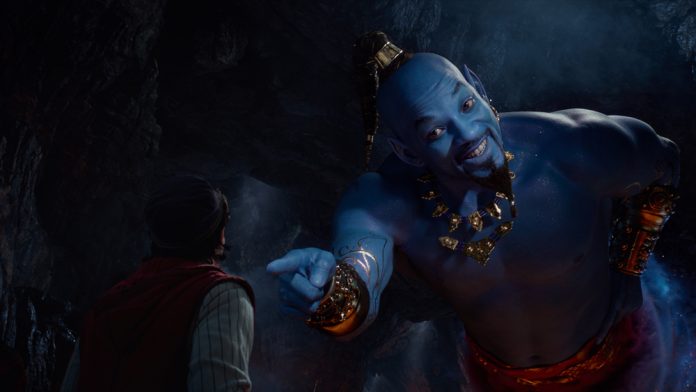 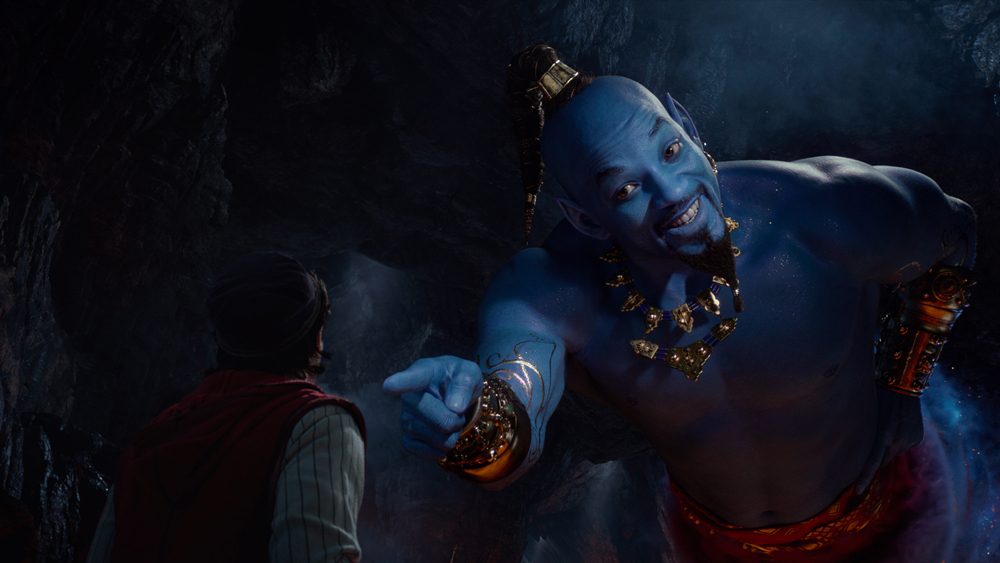 As beloved Disney classics go, Aladdin is near the top of the list for more than a few adoring fans. Disney’s latest live action reimagining takes some big swings and is overall a win as a surprising, visually stunning film that pays homage to the original while satisfyingly reflecting the current moment.

The story is pretty much the same one we know and love, but with some smart updates and fun new interpretations. Mena Massoud is charming and charismatic as Aladdin, but the real gem here is Naomi Scott as Jasmine. She takes the seeds of the princess from the 1992 classic and grows them to embody a whip-smart, ambitious young woman who cares for her people above all and sees herself as a potential successor to her father, the Sultan. While the gender politics don’t exactly make things easy for her, the discussions around Jasmine’s role as a leader are important and satisfying.

No one could be Robin Williams’ Genie – so it’s a good thing that Will Smith brings something that is entirely his own to the role. The film leans into Smith’s own brand and swagger (think Fresh Prince), which put a surprising and often laugh-out-loud funny spin on the character, even when he is sharing familiar lines and songs. Aladdin even slyly acknowledges some of the more questionable aspects of this live action version of the character (*cough* the blue *cough* the topknot *cough*). The romantic plot between Genie and Jasmine’s handmaiden Dalia (Nasim Pedrad) is also a bright spot and full of funny.

Other things to love? Let’s talk about animals and inanimate objects (though I’m not sure that’s quite the correct term for the Magic Carpet). Aladdin’s monkey companion Abu, Jasmine’s tiger Rajah, Jafar’s nosy bird Iago, and the Magic Carpet are all highlights – from their limited speech to none at all – bringing humor and heart to the film in unexpected ways.

As far as the music, it’s more of a mixed bag. The reinterpretations of the musical numbers are uneven, but overall I enjoyed most of them – which I’ll count as a win after some of the more autotune-heavy soundtracks we’ve experienced from these live action reimaginings. Some of the songs are slowed down, which felt a bit off. But the bigger numbers – especially “Prince Ali” and “A Whole New World” – are gorgeously and extravagantly brought to life here in their own ways. From over the top Bollywood-esque dance numbers to sweeping, stylized landscapes, it’s a feast for the eyes and the ears. You can also expect a strong new number from Princess Jasmine, again reflecting her character’s more modern rendering and values.

The aesthetic is one area where Aladdin is completely *chef’s kiss*. The costumes in particular are completely stunning. Sign me up for everything in Princess Jasmine’s closet – from the beautiful update to her classic turquoise ensemble to her many swoonworthy new getups. It’s a wardrobe fit for a princess, and I’m all heart eyes for it.

While Aladdin does have some issues with pacing (mostly a slow start) and some of the musical numbers are more successful than others, it brings humor, heart, and surprising updates to the beloved classic. There is plenty to love, and it’s absolutely worth a watch. (Just be prepared for “Prince Ali” to be stuck in your head for many hours to come.)

Aladdin hits theaters this Friday, May 24.