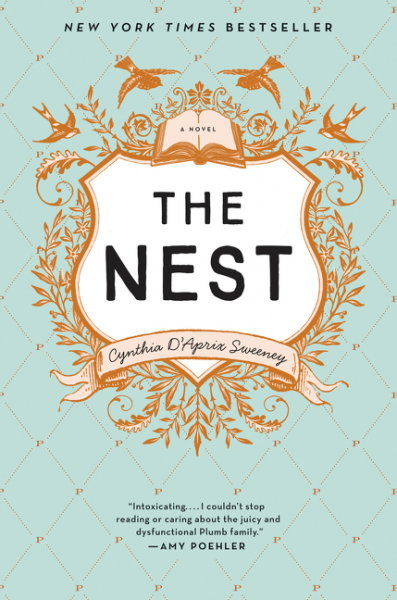 According to Deadline, Amazon Films acquired the rights of ‘The Next’ by Cynthia D’Aprix Sweeney. You can read the full scoop below:

Amazon Films just made a pre-emptive acquisition of The Nest, the new novel by Cynthia D’Aprix Sweeney that was just published by Ecco and debuts at No. 3 on the New York Times Bestseller list. Amazon cornerstone talent Jill Soloway(Transparent) will produce this with Andrea Sperling through Topple Productions, their newly formed banner that has an overall deal with Amazon Studios. D’Aprix Sweeney will adapt the novel.

The novel tells the story of the four adult siblings of the Plumb family and the pending shared inheritance that has shaped their choices and their lives. They call the joint trust fund The Nest, and it has been endangered by the reckless choices of one of the siblings, fresh from rehab after crashing a car while inebriated with a 19-year old passenger. The other three siblings have problems of their own as they are months away from getting access to the trust fund they believe will cure all their self-inflicted financial ills. D’Aprix’s first novel has drawn critical raves and sold in 14 territories as it is in its fourth printing with more than 150,000 copies in print since it launched March 22 as an Amazon Best Book of the Month Spotlight Debut.
Hot on the trail of this for Amazon were Julie Rapaport, Lauren O’Connor and Brianna Little, and Carly Norris is the executive on the project. The deal was brokered by RWSG on behalf of Henry Dunow DCL Literary Agency.