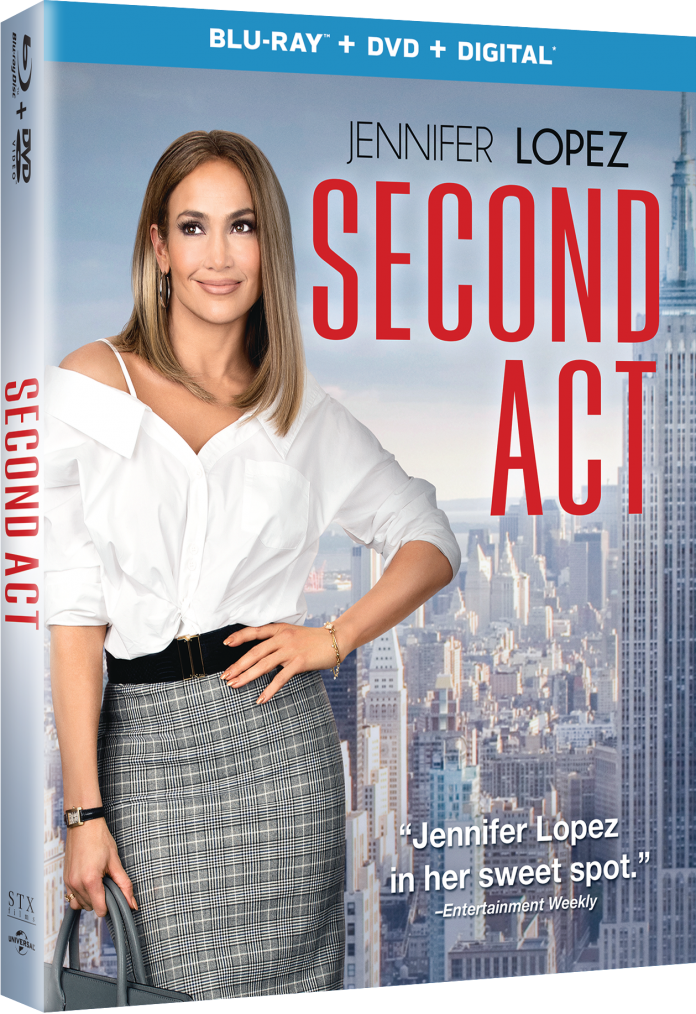 Thanks to our friends at Universal for sending us the “Second Act” blu-ray starring Jennifer Lopez and Milo Ventimiglia! Check out below to see what the blu-ray includes and hear our thoughts on some of the exclusives! Also, thanks to Universal and Think Jam, head over to our Instagram and Twitter to see the Girl Boss goodies that make us conquer our work week while looking fabulous. 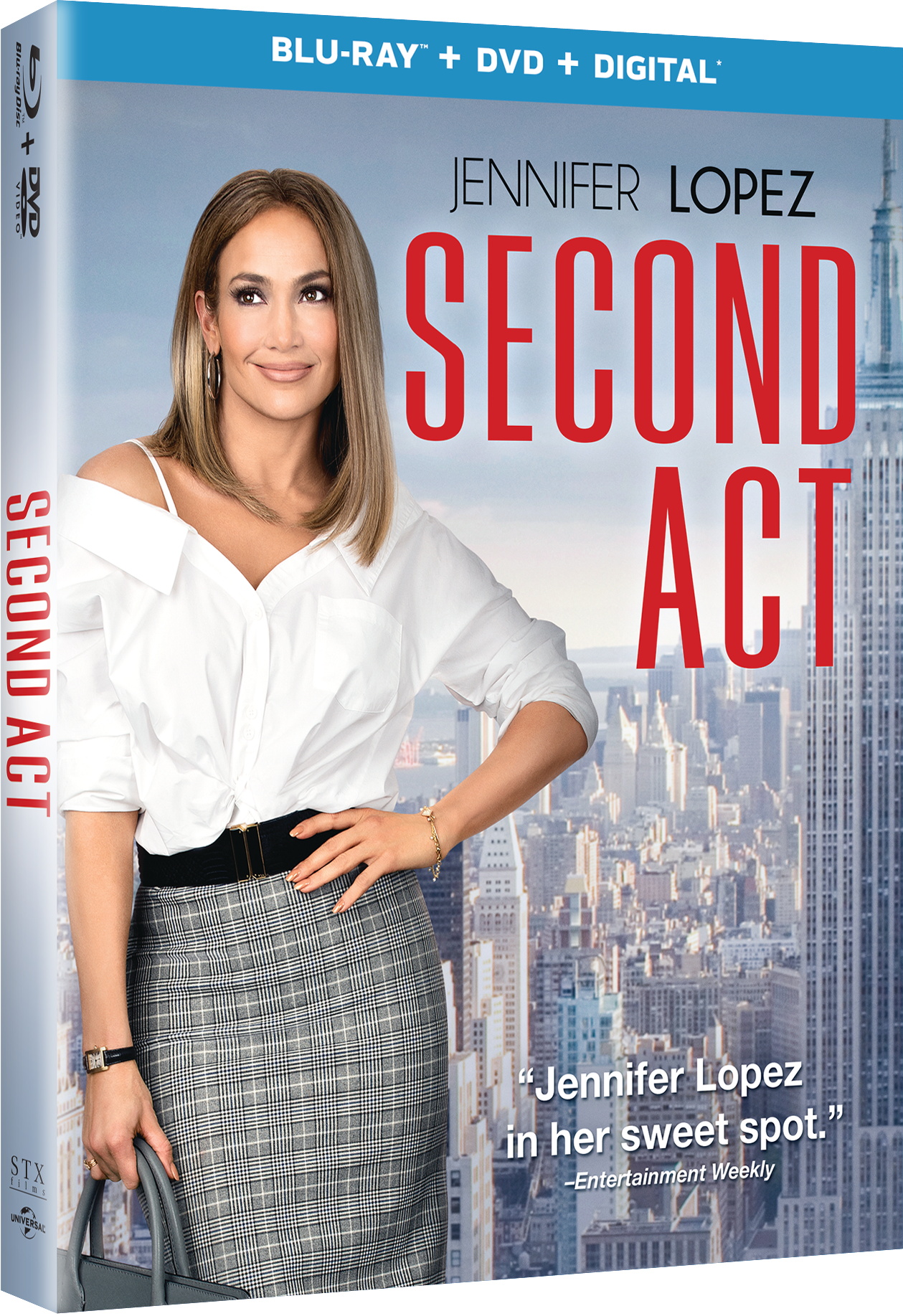 AVAILABLE ON DIGITAL MARCH 12, 2019 AND ON BLU-RAY™ AND DVD MARCH 26, 2019
FILMMAKERS:
Cast: Jennifer Lopez, Leah Remini, Vanessa Hudgens,
Annaleigh Ashford, Charlyne Yi with Treat Williams and Milo Ventimiglia
Casting By: Roger Mussenden, CSA
Music Supervisor: Jason Markey
Costume Designer: Patricia Field, Molly Rogers
Editor: Jason Gourson
Production Designer: Richard Hoover
Director of Photography: Ueli Steiger
Executive Producers: Robert Simonds, Adam Fogelson, Wang Zhongjun, Wang Zhonglei, Felice Bee, Mark Kamine, Peter Segal, Donald Tang
Produced By: Jennifer Lopez, Elaine Goldsmith-Thomas,p.g.a, Justin Zackham, p.g.a., Benny Medina
Written By: Justin Zackham, Elaine Goldsmith-Thomas
Directed By: Peter Segal
Jennifer Lopez (Maid in Manhattan, “Shades of Blue”) returns to the big screen and proves it’s never too late to pursue your dreams in the hilarious and relatable romantic comedy, Second Act, coming to Digital on March 12, 2019 and on Blu-rayTM Combo Pack, DVD and On Demand on March 26, 2019 from STXfilms and Universal Pictures Home Entertainment. From the director of 50 First Dates and Get Smart, Second Act is a heartfelt comedy that will inspire and empower audiences of all ages to reach for their biggest dreams. With an honest and moving performance from Jennifer Lopez, the film also features Lopez’s latest single “Limitless” and stars an incredible supporting cast including Leah Remini (“The King of Queens,” “Kevin Can Wait”), Vanessa Hudgens (The Princess Switch, High School Musical franchise) and Milo Ventimiglia (“This is Us,” “Gilmore Girls”).
Maya (Lopez) is a 40-year-old woman struggling with frustrations of not having achieved more in life. As an experienced, quick-witted, perceptive employee, she is passed over for a promotion solely because she doesn’t have a college degree. Until, that is, she gets the chance to prove that street smarts are as valuable as book smarts, and that it is never too late for a Second Act.
Filled with funny and genuine moments from beginning to end, Second Act “delivers smiles for miles” (Peter Travers, Rolling Stone) on Blu-rayTM, DVD and Digital, packed with special bonus content including funny and insightful commentary from the cast and filmmakers as well as entertaining featurettes that will take viewers behind the scenes of this incredibly thoughtful romantic comedy.
BONUS FEATURES ON BLU-RAY TM, DVD AND DIGITAL
Second Act will be available on Blu-ray™, DVD and Digital.

Our review of Blu-ray exclusives:

Overall, this product is a great buy! The film itself is the perfect classic rom com, it comes in a super convenient combo pack (DVD + Blu-ray + Digital), and the exclusives included are a fun watch. If you’re feeling some laughs and female empowerments, then pick up this movie right away. Seriously though, go out and buy it TODAY. Plus, the cast is amazing on this film.