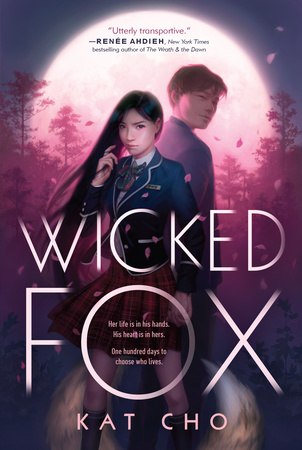 Eighteen-year-old Gu Miyoung has a secret–she’s a gumiho, a nine-tailed fox who must devour the energy of men in order to survive. Because so few believe in the old tales anymore, and with so many evil men no one will miss, the modern city of Seoul is the perfect place to hide and hunt.

But after feeding one full moon, Miyoung crosses paths with Jihoon, a human boy, being attacked by a goblin deep in the forest. Against her better judgment, she violates the rules of survival to rescue the boy, losing her fox bead–her gumiho soul–in the process.

Jihoon knows Miyoung is more than just a beautiful girl–he saw her nine tails the night she saved his life. His grandmother used to tell him stories of the gumiho, of their power and the danger they pose to humans. He’s drawn to her anyway.

With murderous forces lurking in the background, Miyoung and Jihoon develop a tenuous friendship that blossoms into something more. But when a young shaman tries to reunite Miyoung with her bead, the consequences are disastrous . . . forcing Miyoung to choose between her immortal life and Jihoon’s.

I’m only familiar with the gumiho lore because of the Korean drama ‘My Girlfriend Is a Gumiho’ which is a classic favorite of mine. That’s the main reason I was so hyped to read Wicked Fox. It was a quick read for me, I haven’t finished books in four months so I’m not bluffing when I say it’s a great debut. I highly recommend Wicked Fox for urban-fantasy readers, and K-drama fans.

Set in Seoul, Korea the story takes us in contemporary times where K-drama and K-pop are the phenomenon norm. Wicked Fox follows the story of Miyoung, who’s a half gumiho and half human. Gumiho are nine-tailed foxes who are known for seducing men and devouring them later on. She’s imperceptible and an outcast because of her nature. She tends to stay home and marathon K-dramas and read books. For a supernatural teenage girl, she’s even more relatable because she’s part of IU’s fandom. She’s basically one of us.

Then, there’s Jihoon, an orphan raised by his grandmother. He’s a softhearted rebel boy who loves computer games. One night, he stumbled into Miyoung while she was out replenishing her energy; their paths will be intertwined as some misfortunate incident befall on both of them. He will discover her gravest secret and he’ll show her how to embrace her human life.

“Night and darkness made a believer of everyone.”

The romance is cute, and wholesome. I like seeing Jihoon and Miyoung together. They have the opposite attracts going on between them. Jihoon is a soft boy, who has a wealthy support group via his grandmother and friends, while Miyoung is unlikable and pariah by choice. The novel will explore the strength and weakness of their relationship.

Though I have to say my favorite is the engrossing world building. The beginning tone and ambience of the story is inviting. It’s easy to follow Cho’s interpretation of the gumiho lore, it’s not confusing for readers like me who are unfamiliar with Korean mythology. I also ended up really loving the family dynamics and friendship between the characters.

You could also read my review in Goodreads. 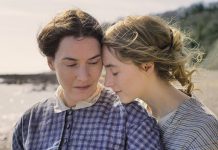