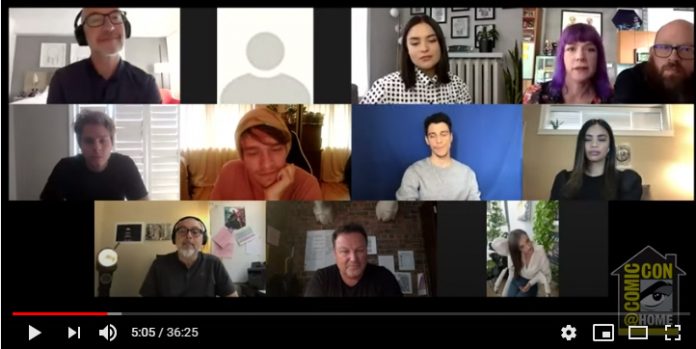 Things started off with a quick recap of season two to remind us where we are. Then we moved to questions with the showrunner and writer talking about what goes into coming up with the major storylines of season two.

The team felt like they had wrote themselves into a corner at the end of last season so found the initial step to break season two initially difficult but talked about their approach to generating new storylines. They mentioned using the characters as inspiration wanting to show the audience more of what those characters are capable of.

The Knights (Manley, DiMarco, Jacobs and Elms) were asked about how it was to play their characters with no memory of the events of season one. The actors talked about the kinship between the knights and wondered whether they would stay in each other lives even without their prior memories.

Our new Knight Gabrielle has become the new fan favourite which actress Louriza is happy about after feeling her character wasn’t exactly well liked in season one. Katharine Isabelle always tried to find the likeable aspect of the characters she plays.

Jake Manley and Devery Jacobs talked about their respective romances on the show with Devery acknowledging the fans recognising Lilith as a bi back in season one.

They were several clips from season two as well as an extended blooper real that was revealed at the end.

View the full panel at the link below: