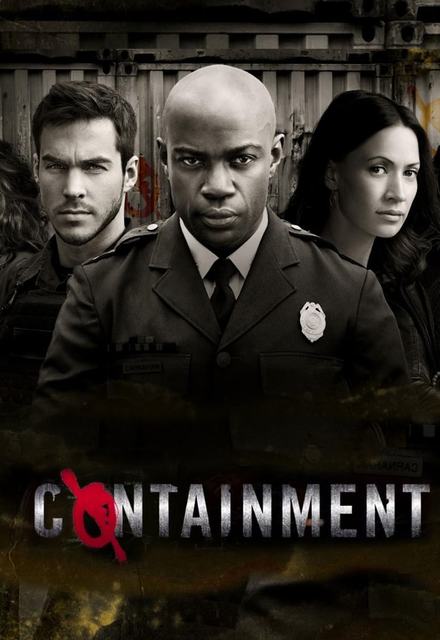 The CW series premiere of what’s sure to be an instant hit show Containment will hit your TV tomorrow night. HNS was lucky to chat with the cast and crew at Wondercon last month. Check out what we learned about the new show below! SERIES PREMIERE — When a mysterious and deadly epidemic breaks out in Atlanta, a vast urban quarantine is quickly enforced.  Trying to keep the peace on the streets is police officer Lex Carnahan (David Gyasi), who has quickly risen through the ranks of the Atlanta PD.  But Lex’s job becomes even harder when he learns that his longtime girlfriend, Jana (Christina Moses), and his best friend and fellow officer Jake (Chris Wood), are trapped within the cordoned area.  Also quarantined within viral ground zero is 17-year-old Teresa (Hanna Mangan Lawrence), who is eight months pregnant and now separated from her boyfriend on the other side; Katie Frank (Kristen Gutoskie), an elementary school teacher now placed on lockdown with her entire class, including her young son; and CDC researcher Dr. Victor Cannerts (George Young), the doctor who initially made the controversial call to quarantine the area, and who is now racing to find a cure for the virus.  On the outside, Dr. Sabine Lommers (Claudia Black) leads the government efforts to contain the outbreak, and asks for Lex’s help in enforcing the cordon – which grows increasingly difficult as the public trust deteriorates.  David Nutter directed the episode written by Julie Plec (#101).

What we learned at Wondercon:

It’s NOT a zombie show. The way the disease on the show is portrayed is very different than the walkers you’ll see on The Walking Dead. A lot of thought and consideration went into portraying this disease in the most realistic way possible. They achieved this by consulting with the CDC and specialists on infectious diseases. “The scary thing was whenever we would come up with a scenario, we’d go ‘oh is this plausible at all?’ and they [the CDC] would go, ‘Oh no, it’d be much worse,’” said Executive Producer Matt Corman. These specialists are very concerned that a viral outbreak is actually extremely possible in real life, noting in particular that the way we travel makes this a concern.

And the preparation didn’t stop there. Both George Young and Claudia Black – who play CDC doctors on the show – had individual meetings with med techs and had hands-on training to ensure they got it right. It was important to them that everything looks real and feels real to the audience. Young has a best friend who is a doctor in real life that he credits to helping him with the pronunciation of the medical terminology.

Among these characters is Teresa Keaton, a teenage girl who is pregnant and alone, two traits that have morphed her into showing strength in a most inconvenient time. “Ultimately, the main goal is to protect this baby inside her,” said Hanna Mangan Lawrence.

From doctors to lost teenagers to disheveled journalists, the show has characters that will appeal to everyone. Christina Moses describes her character as a badass but also acknowledges the other side to her, “I love her strength and her vulnerability. The vulnerability that she’s not even aware she has. Or that she doesn’t like to give into. I just find that complexity so human and I wanted to tell that story,” she said.

Kristen Gutoskie plays Katie, a woman who takes care of children. She talked about her character’s integrity and selflessness, “Katie is actually a lot more capable than she’s given credit for,” said Gutoskie who emphasizes her character isn’t afraid to stand up for what she believes even if she never puts herself first. On the other end of the spectrum, we have Leo. “Any character you can’t say is good or bad, I love them. The most interesting people are the unpredictable. Leo is unpredictable,” said Trevor St. John of his questionable character. While he teases that audiences won’t know what to make of his character, he thoroughly enjoys playing both sides.

It’s not hard to see why this show was at the top of the pilots list last year, and is sure to be a hit on our screens. You don’t want to miss it, so tune in Tuesday, April 19th on the CW!