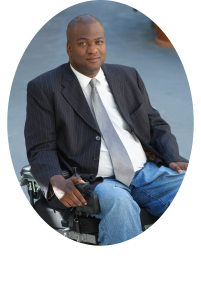 Over 20 years ago, after being involved in a multi car collision that left him a C-6 Quadriplegic and confined to a wheelchair, Paul’s life was nowhere near where it is today. In fact, there was a time when he and his doctors believed that he only had 72 hours left in his life. Paul ended up spending 8 months in a hospital recovering. Undeterred and inspired to live his dreams, Paul attended the Academy of Radio and Television Broadcasting in 2006. He went on to graduate from the school with honors. He loves Gaming, Superheroes, Sci-Fi and Tech. Paul is currently the Bureau Chief for ABC NEWS RADIO AFFILIATE KMET in Southern California where he covers Entertainment, Tech and Gaming.  www.Paulamadeuslane.com

Interviews with Cast of COLONY at Comic Con 2017

Interviews with Cast of LEGENDS OF TOMORROW at Comic Con 2017

‘The Gifted’ Interviews with Cast & Creators at Comic-Con