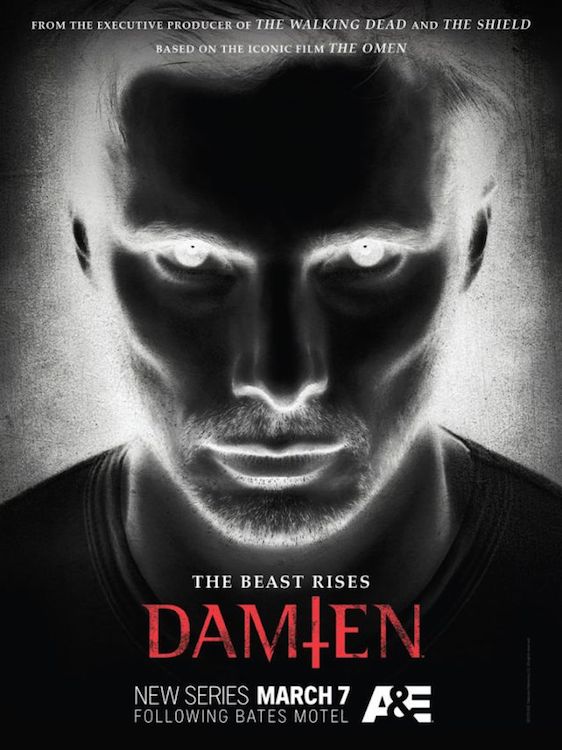 Damien has been canceled by A&E after one season. Damien, the follow-up drama series to the iconic 1970s horror franchise The Omen, has been canceled after one season on A&E Networks. Creator and former The Walking Dead showrunner Glen Mazzara tweeted the news today and A&E confirmed the cancellation.

The thriller series, which was plagued by low ratings throughout its 10-episode run, followed the adult life of Damien Thorn, the mysterious child from the 1976 feature who has grown up, seemingly unaware of the satanic forces around him. Haunted by his past, Damien now had to come to terms with his true destiny — that he is the Antichrist, the most feared man throughout the ages. Bradley James starred, along with Megalyn Echikunwoke, Omid Abtahi, David Meunier and Barbara Hershey.