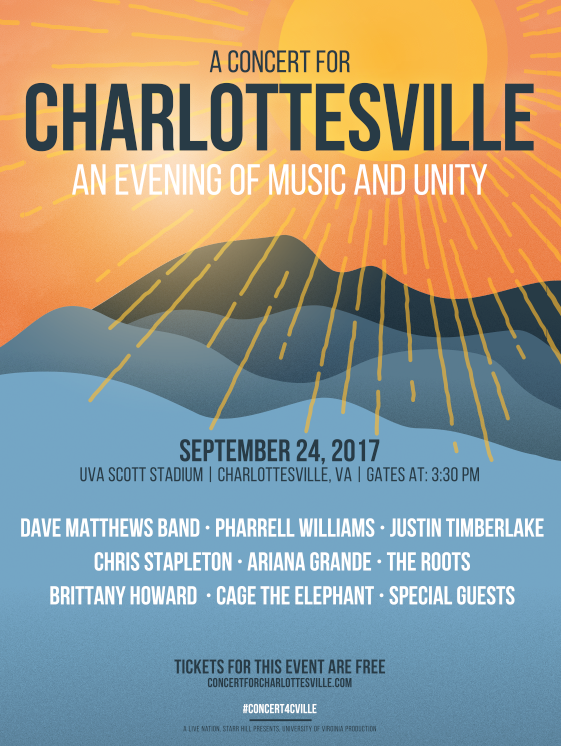 Dave Matthews Band is hosting ‘A Concert for Charlottesville,’ including Ariana Grande and Justin Timberlake to perform! In response to the racial-related violence in their hometown of Charlottesville, VA, Dave Matthews Band will host an evening of music that will be free for members of the Charlottesville and University of Virginia communities through an online request process, the band announced Wednesday morning.

The event — produced by Live Nation, Starr Hill Presents and the University of Virginia — will take place on Sunday, September 24, at UVA’s Scott Stadium in Charlottesville and will feature Dave Matthews Band, Pharrell Williams, Justin Timberlake, Chris Stapleton, Ariana Grande, Brittany Howard of Alabama Shakes, The Roots, Cage the Elephant and others.