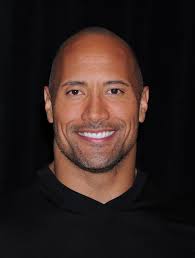 Dwayne Johnson will be rolling the dice for the Jumanji reboot, hoping for a five or an eight.

Jake Kasdan will direct Sony Pictures’ remake, which will take a new look at the Chris Van Allsburg book in a script written by Scott Rosenberg and Jeff Pinkner, based on a draft by the original writers, Chris McKenna and Erik Sommers.

See the Lineup for PaleyFest LA 2020; ‘Mandalorian’ Cast to Attend