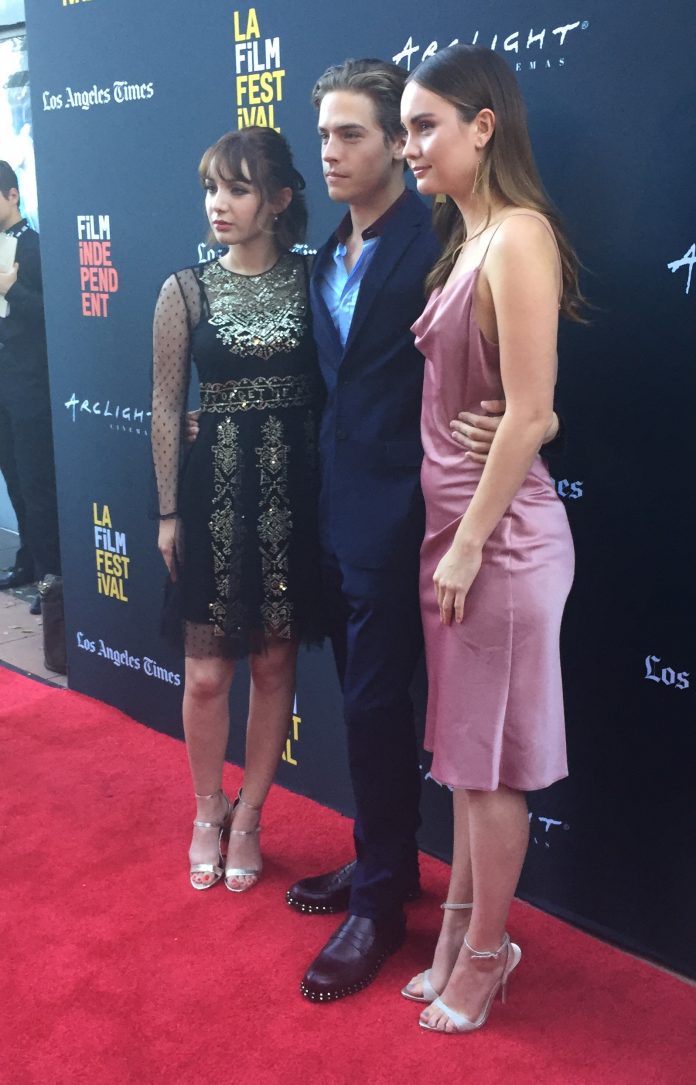 We attended the LA Film Festival this past weekend where we got the chance to speak with the cast and creators of upcoming indie film ‘Banana Split.’ Check out our exclusive interviews below with Dylan Sprouse, Liana Liberato, Addison Riecke, and Composer Annie Hart!

Over the course of a summer, two teenage girls develop the perfect kindred spirit friendship, with one big problem: one of them is dating the other’s ex.

High school classmates April, Nick, and Ben are a close circle of friends up until the summer before college when April and Nick, who have been dating for two years, suddenly break up. As Ben struggles to maintain both friendships, he introduces his childhood friend Clara who begins to date Nick and covertly becomes best friends with April. Now Ben is stuck in the middle, hanging out with the two girls behind his best friend’s back. Plus, Nick and April still have feelings for each other. Now everyone has secrets and everyone feels like the third wheel. The group’s dynamic gets very complicated as they try to navigate their last few weeks together before leaving town.

Here are some photos from the premiere, which include Cole Sprouse, twin brother to Dylan Sprouse, who joined the red carpet in support of his brother.