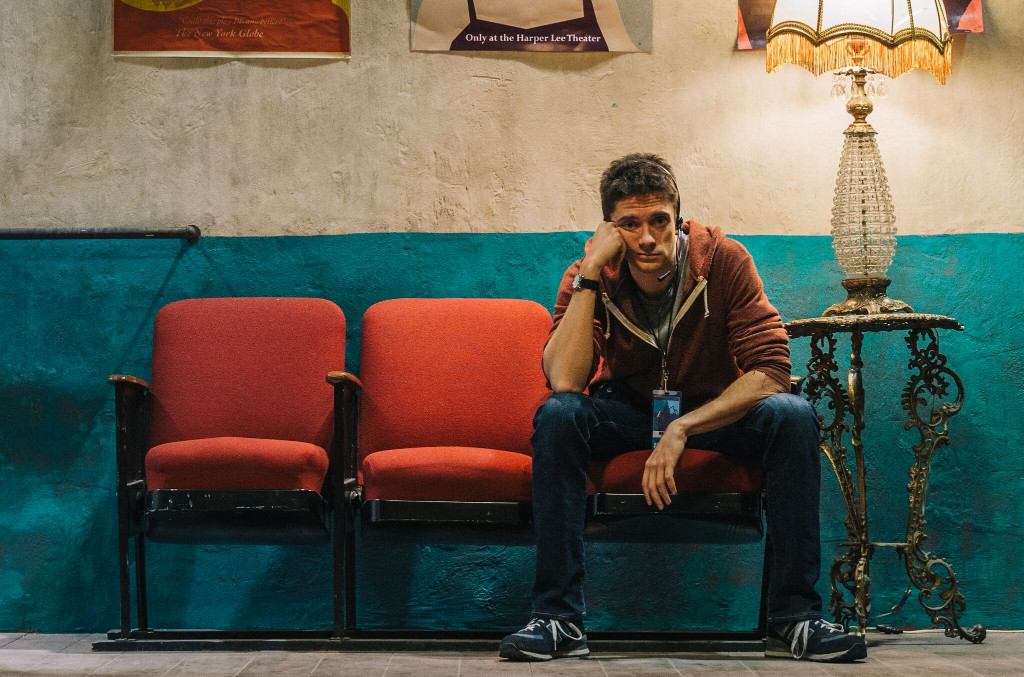 Topher Grace is doubly proud of his new movie “Opening Night” in which he starred and produced. And rightfully so!  The film has star-studded, uber-talented cast and was premiered this weekend at the LA Film Festival.  HNS spoke with Topher Grace about this movie on the day it premiered.

SYNOPSIS: Backstage at a new Broadway show featuring the best one-hit wonders you ever forgot the band name for, production manager Nick (Topher Grace) circles non-stop like a shark, putting out countless fires involving feuding actors, flirtatious dancers and a gonzo band member with a jones for a buzz.  Vibrant onstage musical numbers with legitimately impressive singing and staging are cut together with snarky exchanges, sexual bets, inside jokes, broken hearts and a glorious multi-layered NSYNC riff to brighten the darkest of spirits.

As mentioned, Grace is billed as both a star and a producer of the movie, but, as it turns out, he also was key in developing the idea for the movie.  He tells the story that the idea for the movie came about after he and the movie’s director, Isaac Rentz, completed a musical video together (for Topher’s 2011 movie, Take Me Home Tonight, see the video here) and thought it would be fun to do more.  They added the thoughts of Paul Weitz, who wrote the play Grace starred in off-Broadway in 2012.  That evolved into the idea for “Opening Night,” which was developed into a screenplay by the talented Gerry De Leon and Gregory Lisi.

The movie uses one-hit wonders to tell us of the backstage shenanigans of an “awful” play (the play becomes something of a story within a story), but the real story is everything happening around the play and (BONUS!) it is told by using an untraditional approach to the modern film musical.  In this musical, the lead actors don’t immediately launch into song and dance to tell the story. In fact, Grace’s character is quite resistant to it and shuts down the singing when he hears it.   Apparently, it is just not his thing. But eventually, he comes around and toward the end of the movie does a bit of his own singing.

I asked Grace if this meant we could expect him on Broadway doing musical theater and received a quick and decisive “No.”  He says he cannot sing.  He assured me that he sang the least of all cast members.  I guess we’ll find out and in the meantime we get to enjoy familiar and favorite songs in a whole new way, with theatrical dance numbers and costuming!  Like this:

Well, hello! Taye Diggs and Lesli Margherita be getting down!!

Grace had only the nicest, most enthusiastic words of praise for his co-stars.  He was genuinely thrilled with the immense talent and stage and screen experience the cast brought to the movie.  He was particularly complimentary to JC Chasez and the part he played not only on screen but behind the scenes in helping to mix the songs used in the movie.  Calling JC the “nicest guy in the world,” he explained that only a guy who was genuinely great and nice could play himself as such a jerk, because it would clearly be untrue.  Watch this clip and see what you think:

Kind of brilliant, right?  It makes you really anxious to see the “glorious multi-layered NSYNC riff” promised in the synopsis!

I know you want to see more and WE DO TOO!  HNS will bring you details on when and where you can see “Opening Night” as soon as they are available. 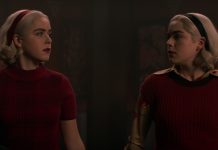