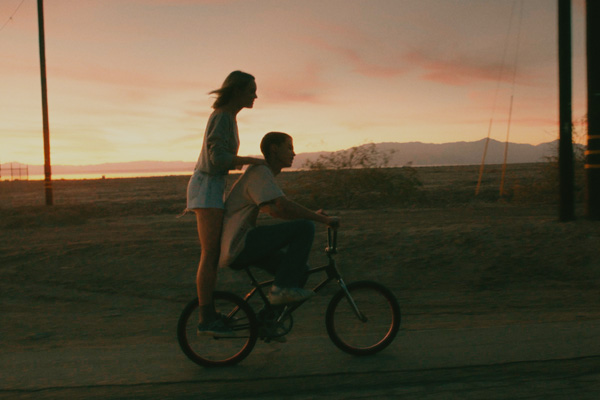 HNS attended the red carpet for upcoming indie film Don’t Come Back from the Moon at the LA Film Festival last week. Check out our exclusive interviews below with the director and the cast! In a dusty town at the edge of the world, the men of a small community begin to vanish, one by one. Theories about their whereabouts swirl through the ether as their wives and teenaged children wait for their return. The teens are left to fend for themselves, without fully understanding what survival entails. When his father disappears, fifteen-year-old Michael does his best to comfort and support his mother and young brother. But when the time comes, will he stay to rebuild from the ruins of the past generation, or will he leave to find his own future?    With beautiful cinematography, Bruce Thierry Cheung’s directorial debut spins a haunting, fable-like narrative that is both elusive and completely captures the state of America today.