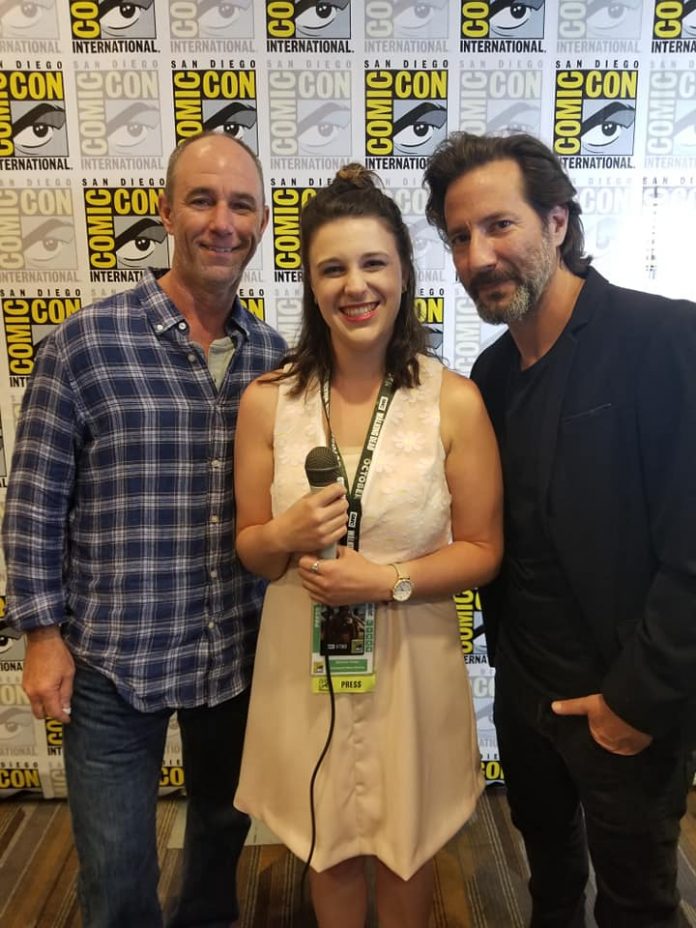 Last month at Comic-Con, we hit the red carpet to interview the cast and EPs for Fox’s new show, “The Passage.” We talked with Lost’s Henry Ian Cusick, Sons of Anarchy’s Jamie McShane, Hidden Figures’s Saniyya Sidney and EP/showrunner Liz Heldens and EP/director Jason Ensler. They divulged all about the exciting new show, a little about their characters, how they would fare in the world of “The Passage,” some talk of photobombing and some hinted scandal to come. “The Passage” will be premiering on Fox in 2019, so until then, check out the interviews to hear all about the new show!