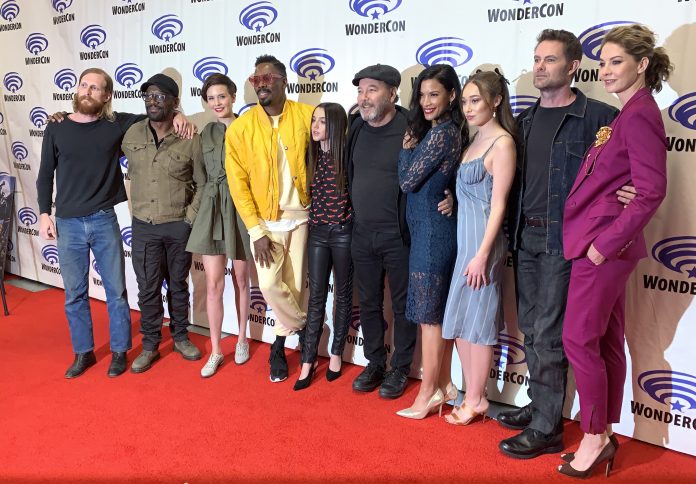 The group’s mission is clear: locate survivors and help make what’s left of the world a slightly better place. With dogged determination, Morgan Jones (James) leads the group with a philosophy rooted in benevolence, community and hope. Each character believes that helping others will allow them to make up for the wrongs of their pasts. But trust won’t be easily earned. Their mission of helping others will be put to the ultimate test when our group finds themselves in unchartered territory, one which will force them to face not just their pasts but also their fears. It is only through facing those fears that the group will discover an entirely new way to live, one that will leave them forever changed.

This upcoming season does feature a time jump, both won’t be too long of a jump. Though no exact time is given, “months” is what we’re being told.

From the trailer, it’s clear that Daniel is coming back this season. Also joining is Dwight – and we will pick up with Dwight right after Daryl told him to go. Dwight will fair a little better in Fear the Walking Dead than he did in The Walking Dead. In FTWD, the group seems to relate to him better. He finds more forgiveness there, as their pasts mirror his own.

More kids are coming. As the trailer shows, the group will come across children this season. These kids will have some storyline this season, and it will be interesting to see how this dynamic affects things with Charlie. Chambliss said that Charlie is looking for a family and will make a connection with someone who is looking for the same thing.

Victor and Daniel will have some intense moments coming up. They both have changed, yet still struggling with who they were, who they are, and who they still want to be.

Another new theme this season, is that there will be guilt and emotional turmoil over killing walkers. That they’re going to dive into the notion that you’re not just killing zombies who are undead, but that you’re still killing humans too. This will particularly affect Charlie in an upcoming episode with a high kill count.

Jenna Elfman spoke about in the press room how characters are now not just looking to survive, but searching within themselves what they are surviving for. Several of the other cast all agreed that family and surviving so you could help others was at the core of what keeps these characters going.

Here are some photos we took from the red carpet! (Click to see full versions.)