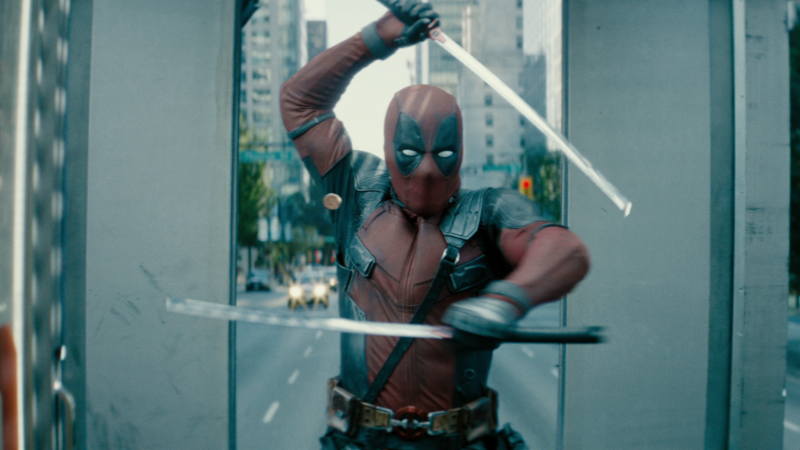 We attended an advanced screening of upcoming sequel Deadpool 2. Check out our review of the film below! After surviving a near fatal bovine attack, a disfigured cafeteria chef (Wade Wilson) struggles to fulfill his dream of becoming Mayberry’s hottest bartender while also learning to cope with his lost sense of taste. Searching to regain his spice for life, as well as a flux capacitor, Wade must battle ninjas, the yakuza, and a pack of sexually aggressive canines, as he journeys around the world to discover the importance of family, friendship, and flavor – finding a new taste for adventure and earning the coveted coffee mug title of World’s Best Lover.

The jokes. Oh the jokes. Anyone who’s seen the first Deadpool knows that the core what makes it so appealing is the humor. This is what I was most looking for in the sequel, and Deadpool 2 certainly delivered here. Much like the first film, Deadpool 2 is layered with pop culture reference after pop culture reference. It’s a true gem for the Marvel fan. Additionally, there were cameos galore. Some I think the hardcore fan could have predicted, but there were a lot that took the whole audience by surprise. My personal favorite was the “Olivia & Meredith Best Friends Purrr-Ever” shirt Deadpool wore – this was hilarious to see him wear as to the non-Swiftie moviegoer it was still funny to see him wear a cat shirt, but as a huge Taylor Swift fan, I couldn’t help but crack up in my seat Sidenote: Taylor Swift and Ryan Reynold’s wife, Blake Lively are good friends. I instantly got the connection, and it was even better to me that not a lot of the comic book loving men were not going to understand this reference. Ha! This joke was for the ladies.

Deadpool 2 also packed in a lot of heart this time around, much like the first, but this time the source was Deadpool’s girlfriend Vanessa (Morena Baccarin). Without giving away the blatant spoiler as to what happens, she is in this film in a different capacity than what audiences can expect. This ultimately grounds Wade/Deadpool and shapes much of the decisions and actions he makes. It brings out a new, softer side to him that was pleasant to see.

It wouldn’t be a classic Marvel film without an ensemble, and Deadpool 2 definitely made no exception here. We were introduced to some new characters along with some returning favorites. The breakout star here was Domino (with a stellar performance by Zazie Beetz). We started off skeptical of her character but by the end she won me over. I liked that Deadpool 2 also deviated from the clear cut nature of “good guy” versus “bad guy.” This makes for a more interesting storyline for me, and the script did a great job of showcasing the differences between the characters who were at times both “good” and “bad.”

If you love a film jam packed with laughs (duh), pop culture references (definitely), and a great story (obviously) then you should check out Deadpool 2! DEADPOOL 2 hits theaters everywhere on May 18, 2018.