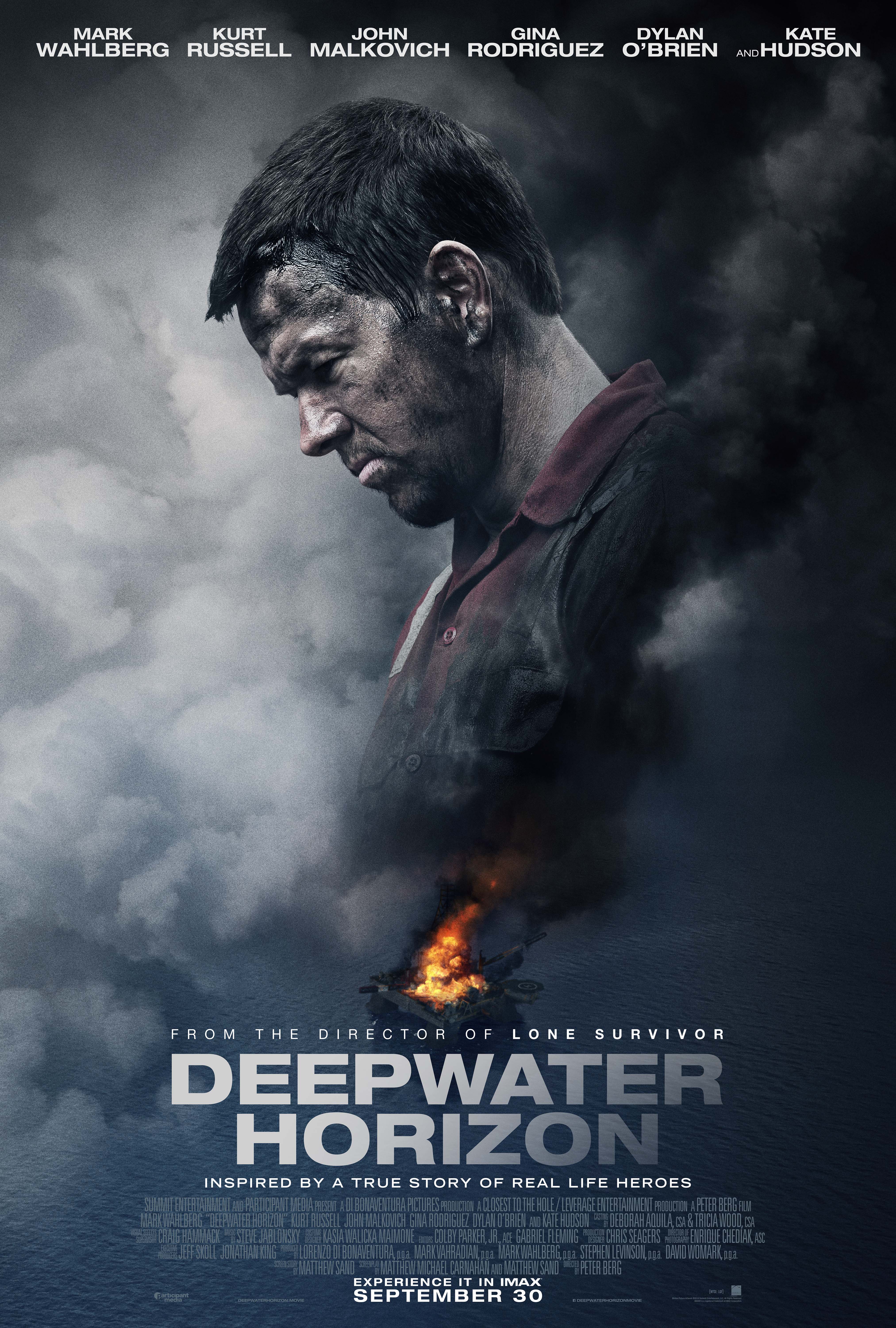 Deepwater Horizon releases in theaters this weekend. Check out our review of the film below. On April 20, 2010, the world’s largest man-made disaster occurred on the Deepwater Horizon in the Gulf of Mexico. Directed by Peter Berg (Lone Survivor), this story honors the brave men and women whose heroism would save many on board, and change everyone’s lives forever.

The film kept me on my toes more than any other film I can currently think of. The way it was shot, though shaky at times which for some might be unfavorable, really provided a more intimate, up-close look at these characters in a life or death situation. Brilliantly acted by all, each character’s story brings a different perspective and adds to the large scope of tragedy that the Deepwater Horizon catastrophe was.

Throughout the first half of the film, there’s a slow build up of the ultimate demise of the oilrig. The foreshadowing can be seen in small ways, such as the coke can exploding, a magenta colored tie, a bird flying into the helicopter – to the more obvious ways such as tests failing and the BP executives clearly ignoring blatant signs of disaster in favor of saving money. The film will have you at the edge of your seat, sometimes with your eyes closed and always with that deep sinking feeling in your stomach. It does that good of a job at showing just how scary the oilrig explosion was. Highly recommended for all, but especially anyone who loves action, big explosions on screen or who like to fight the good fight surrounding injustice.