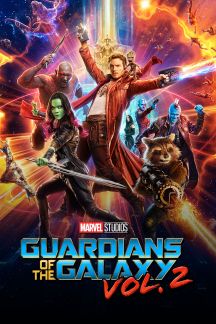 Check out our film review of Guardians of the Galaxy Vol. 2 which releases this Friday, May 5th. Set to the all-new sonic backdrop of Awesome Mixtape #2, Marvel Studios’ “Guardians of the Galaxy Vol. 2” continues the team’s adventures as they traverse the outer reaches of the cosmos. The Guardians must fight to keep their newfound family together as they unravel the mystery of Peter Quill’s true parentage. Old foes become new allies and fan-favorite characters from the classic comics will come to our heroes’ aid as the Marvel Cinematic Universe continues to expand. “Guardians of the Galaxy Vol. 2” blasts into theaters on May 5, 2017.

Guardians of the Galaxy Vol. 2 is one of those rare examples where the sequel holds up just as well as the original.

I gasped, I laughed, I cried throughout the film. It truly is a film that is at its core – fun. It was such a pleasant ride for audiences, and one that is sure to appease fans of the comics. One aspect that I loved about the film that I wasn’t anticipating was the emotional depth the film held. I kept thinking, “Wow! Was the original this emotional?” Each character offered something to the collective whole that just worked. It’s a film about a band of misfits, all perfectly imperfect and banded together.

The humor was perfectly on point, yet never felt forced. Baby Groot stole the show and I couldn’t be more pleased with the direction they took this character. My favorite moment from the film is a scene where Baby Groot tries repeatedly to grab an item for Rocket and fails miserably – and adorably.

STAY DURING THE FINAL CREDITS!! I can’t stress this enough. You won’t be disappointed. Aside from having fun graphics throughout, there are a total of FIVE additional scenes sprinkled throughout the credits. I won’t give away any spoilers on what these scenes are, but they are all different and all very fun.

Watch Guardians of the Galaxy Vol. 2 in theaters nationwide on Friday, May 5th!