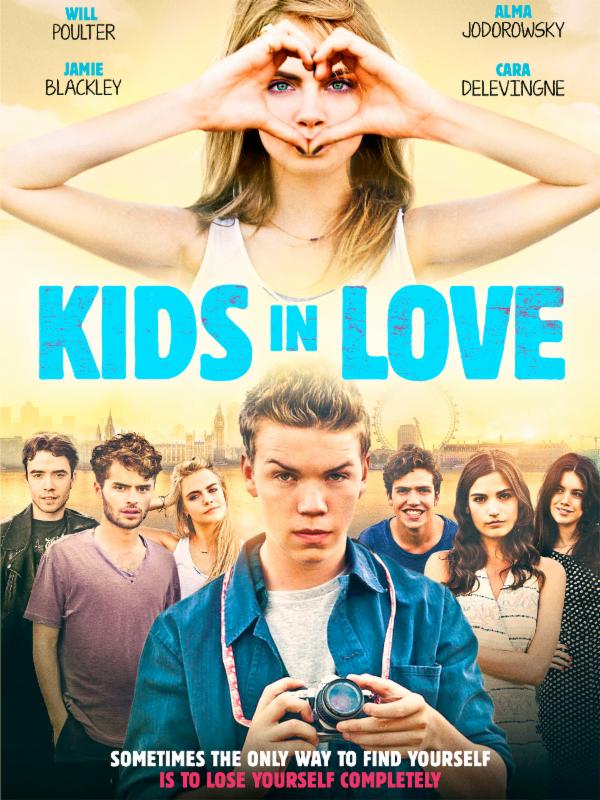 Check out our film review for indie film Kids in Love starring Will Poulter and Cara Delevingne! The film is available On Demand beginning October 4th. Set against a backdrop of bohemian, underground London, KIDS IN LOVE offers a fresh take on the free-wheeling, youthful love story. Jack (Will Poulter) has just graduated from high school and has his whole future mapped out. A chance encounter with the beautiful and ethereal Evelyn (Alma Jodorowsky) and her friends, including free-spirited Viola (Cara Delevingne), swerves his life radically off course. Evelyn is like no one he has met before, and he quickly becomes caught up in a whirlwind of all-day parties and wild nights in London’s hidden dives with her colorful, charismatic friends. After giving up everything to follow Evelyn and her hedonistic lifestyle, Jack begins to realize what he’s leaving behind. Love isn’t a game you want to lose, can he find himself again before it’s too late?

Kids in Love offers a personal look inside the lives of a group of young adults who are struggling to find themselves during a time in their lives where they are at a crossroads. Jack, played by Will Poulter, is the protagonist who finds himself wrapped up deeply into a group in which he is the obvious outsider, though common ground is found. Ultimately, Jack’s differences in how he views the world catch up to him, and result in heartbreak. Evelyn, played by the eccentric Alma Jodorowsky, finds herself intrigued by Jack and invites him into her world.

Kids in Love is shot in a way that gives viewers a glimpse inside the group’s day-to-day lives. It is not a film that focuses on big plot points or huge events to perpetuate the story, but rather took its time showing the audience the characters and had a very “slice of life” feel to it. It was nice to see Will Poulter play a role of a mostly normal person, which is different from what I’ve seen him in past films. Alma Jodorowsky gives a very sweet, international feel to her character that draws Jack in, and audiences too. Though we don’t see much of Cara Delevingne in the film, her presence was always known when she was on screen and she further perpetuated the mysterious aura of this group of young adults.