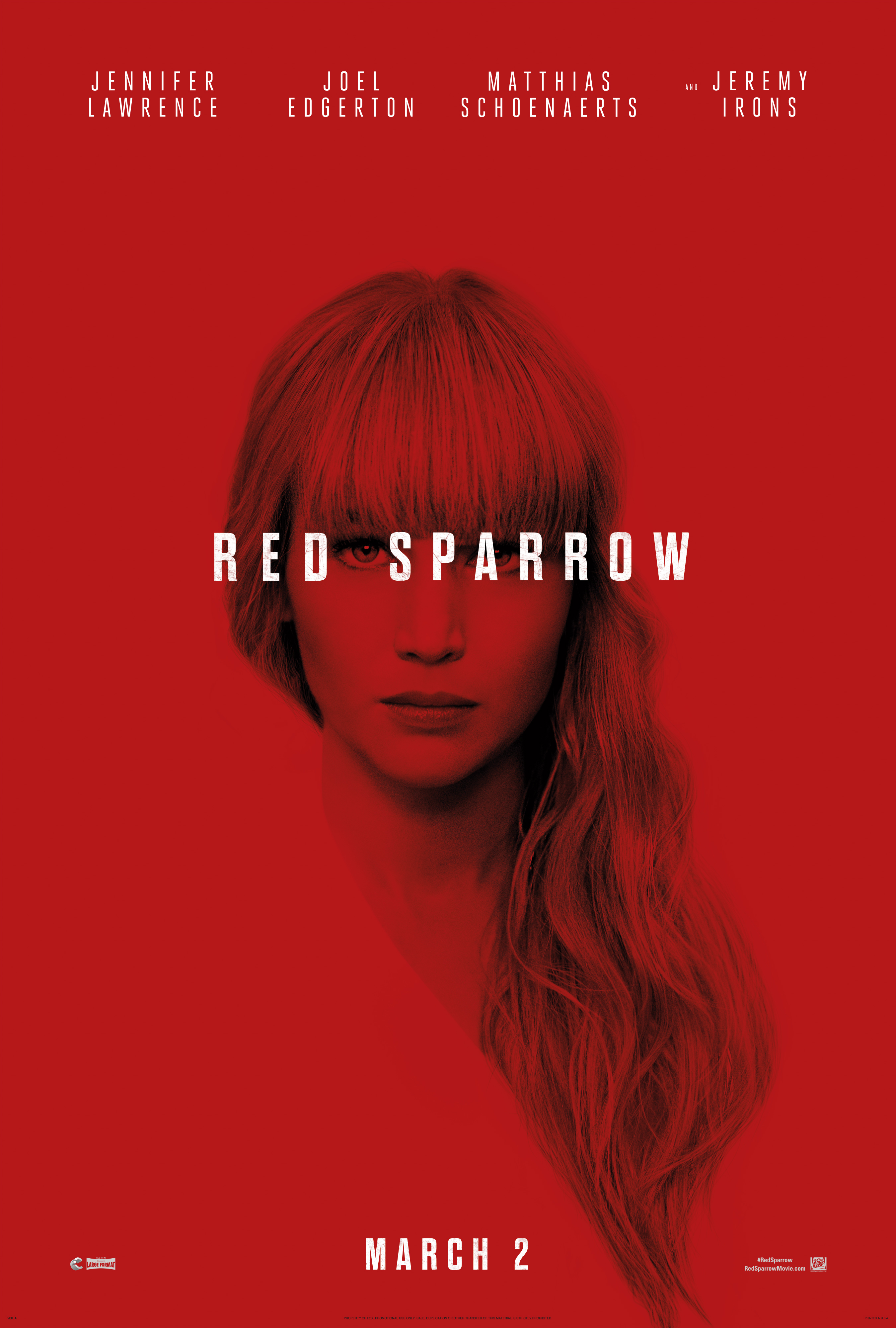 Check out our film review of Red Sparrow below! Dominika Egorova is many things.
A devoted daughter determined to protect her mother at all costs.
A prima ballerina whose ferocity has pushed her body and mind to the absolute limit.
A master of seductive and manipulative combat.

When she suffers a career-ending injury, Dominika and her mother are facing a bleak and uncertain future. That is why she finds herself manipulated into becoming the newest recruit for Sparrow School, a secret intelligence service that trains exceptional young people like her to use their bodies and minds as weapons. After enduring the perverse and sadistic training process, she emerges as the most dangerous Sparrow the program has ever produced. Dominika must now reconcile the person she was with the power she now commands, with her own life and everyone she cares about at risk, including an American CIA agent who tries to convince her he is the only person she can trust.

Red Sparrow is a compelling story of one woman’s journey into a life she never wanted. Jennifer Lawrence plays Dominika, our protagonist in the film, and the entirety of the film rests almost solely on her shoulders. Dominika is caught in a difficult situation when an accident renders her jobless and in desperate need of money and health insurance to care for her ailing mother. This created the perfect storm that led her down a dark, twisted path that she never anticipated.

The plot of the film kept me on my toes the entire time. I never could quite figure out where her true alliance was, who was the “bad guy,” and what outcome to expect. There was never a dull moment and questions didn’t stop until the very end when her end game plan was revealed and you see what her intentions have been all along. This is everything I want in a thriller. The scenario was also unique in that I’ve never seen this type of situation before, with this female-driven subtext that both highlights the ways in which women are treated as inferior but also highlights a woman outsmarting her way across every single barrier in her way.

It would be impossible to review this film without mentioning the incredible work Jennifer Lawrence did. There are some brutal scenes that depict torture and extremism in a way that pushed limits of her as an actress and this really translates on the screen. I know I’m biased as I’m already a huge fan of Lawrence, but I really saw a whole new level of badass in her that this film brought out.

Final verdict: This was a well-developed thriller that’s deep in story and character, with a little romance thrown in, and the perfect casting in Lawrence. A must-see for all thriller seekers!