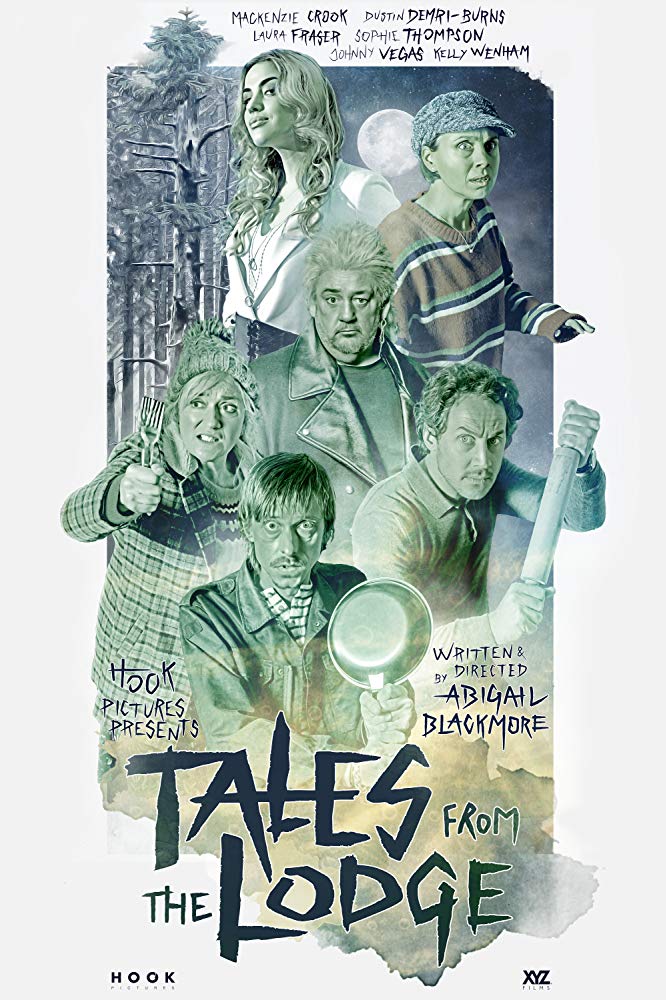 Hollywood News Source attended this year’s Frightfest horror film festival in London, UK over several days including a screening of Tales From The Lodge. 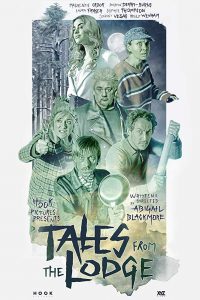 From the creative mind of young up and coming writer and director Abigail Blackmore (Screen Frightfest Genre Rising Star 2019 award winner) is the new British horror/comedy/thriller Tales From The Lodge.

You definitely can’t put this film in a box as it hits so many notes and does something which is very rare in horror or in genre, it subverts expectations turns the usual horror troupes on its head with a great and talented British cast assembled by Blackmore such as Mackenzie Crook (Pirates of the Caribbean: At World’s End), Johnny Vegas (The Brothers Grimsby), Laura Fraser (Breaking Bad), Sophie Thompson (Detectorists), Kelly Wenham (Merlin) and Dustin Demri-Burns (Peaky Blinders) all show off their comic timing, in depth acting ability and bring out darkness and comic relief in their own scene-stealing moments. 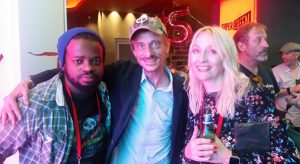 Tales from the Lodge is about a group of old university friends who gather at a countryside lodge to mourn the death and celebrate the life of their friend who died a few years earlier in the nearby lake.

However, as they try to keep themselves entertained by swapping various scary stories, the real scares start to come actually not from the creepy stories that are told, but from the dark secrets that are exposed.

This tale not only exposes the true meaning of friendship but also the moral compass and relationships we all have with each other as human beings, between husband and wife’s, lovers, best friends, siblings parents, etc.  This film poses deep questions about our psyches’, are secrets kept to protect those we know, love and care about?

On the other hand, are they done to protect ourselves from admitting our own flawed moral compasses, betrayal, pre judgements and shame, finding our own identity?

Are we prepared to face the consequences of our own actions? What this film show’s is that we must be self-aware, among the façade and pretence of certain relationships, and truly look under the surface and in the mirror and expose the darkness in others and ourselves.

The mixture of the anthology story-mode i.e. like the modern revival of The Outer Limits (1995), Tales from the Crypt (1989) with moments of self-deprecating comedy give great balance to this soon to be classic British horror, and bringing in very relatable current themes of today, the idea to have each actor direct the telling of each scary story was I felt inspired.

In addition, for you massive 80’s horror fans out there look out for a great and fun tribute to an iconic 80’s horror film character, Director-Abigail Blackmore puts in one of the stories. It shows the Duffer brothers are not the only ones who love and appreciate that era horror filmmaking; our talented filmmakers across the pond do too.