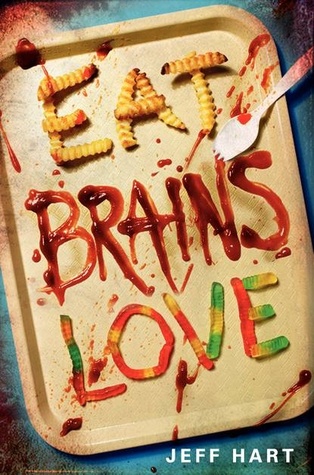 According to Variety, Gunpowder & Sky has acquired the rights to “Eat, Brains, Love” by Jeff Hart. The book follows two teenage zombies navigating their life through brains and romance. You can read the full scoop below.

The project reunites Toffler and DiSanto, whose productions at MTV included “Jersey Shore,” “Scream,” “Teen Wolf” and “My Super Psycho Sweet 16.” The companies said they are in talks with potential screenwriters for “Eat, Brains, Love.”

“Eat, Brains, Love” — the title is a play on Elizabeth Gilbert’s best-selling novel “Eat, Pray, Love” — is the story of a pair of high-school sweethearts who contract a mysterious zombie virus and devour the brains of half their senior class. They set off on a cross-country journey to discover a cure, while being pursued by a teen psychic sent by the government’s top-secret Necrotic Control Division to track them down.

“How do you not adapt a book titled ‘Eat, Brains, Love’ into a movie, especially when the sequel is titled ‘Undead With Benefits’?” Toffler, co-founder and CEO of Gunpowder & Sky, asked rhetorically in a statement.

DiSanto, CEO of DIGA added that he and Toffler “share a sometimes twisted sensibility, so I knew he would appreciate ‘Eat, Brains, Love,’ and that Gunpowder & Sky would be the perfect studio to team up with for the movie adaptation. It’s got everything you need from a movie — high school insanity, zombie sex, action, zombie sex (again) and over-the-top violence!”

Among other projects, G&S also is developing “DC Trip,” a movie based on the book by comedian Sara Benincasa, in partnership with Bona Fide Productions and Adaptive Studios.