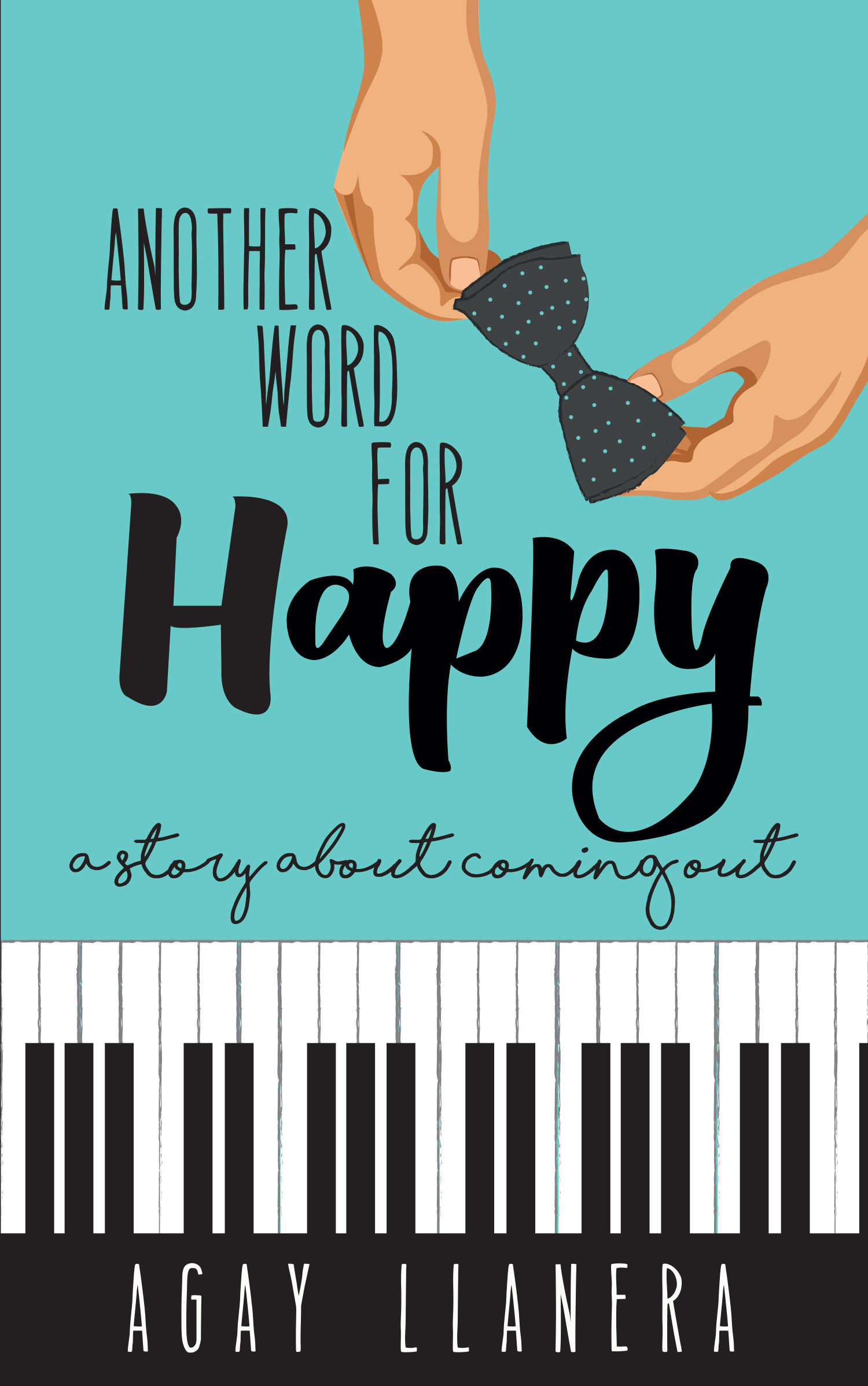 What does it take to come out of the closet? Since he was thirteen, Caleb has always known he’s gay. Now a college freshman, he falls in love for the first time. If it’s true that love conquers all, then will Caleb finally find the courage to reveal his secret?

In this tale about family, friendship and self-discovery, find out how Caleb discovers the path to the freedom he’s always longed for. Here’s a hint: it involves doing things outside his comfort zone, such as joining a spoken word group!

Like its title Another Word for Happy balances the exhilarating realism of coming out, and the fun.

Books that center around coming out isn’t the same from one another, and that’s because universal experience for an entire marginalization doesn’t exist. The experience might be comparable but there’s nuances. They are not the same at some degrees. Coming out stories always have something new to bring. For me, it always brings a bittersweet twang. I feel as if my heart is being gripped by an iron fist.

Another Word for Happy follows the story of a closeted gay Caleb. He’s aloof, has a penchant for bowtie, and is a pianist. The main protagonist is exploring his many firsts such as the kiss, and heartbreak. This book is imperfect but I appreciate the essence of it. It is a celebration of being proud despite of the circumstances. There’s music, poetry, life, and love.

Caleb used to be a sacristan. He internalized for years about his sexuality conflicting with his religious beliefs. It’s difficult to read, but I know a lot of religious readers who have been in Caleb’s shoes would be able to resonate with it. I couldn’t think of a better song appropriate for Another Word for Happy besides from Troye Sivan’s Heaven. Go listen to it, it’s heart wrenchingly beautiful.

Philippines is a predominately Catholic country. Homophobia, transphobia and violence against the LGBTQIAP community is alive and thriving. Though, I love how Llanera chose to feature an ensemble of supportive cast. There’s a middle age wlw parental figure.

There’s several things I didn’t agree with. Per once, the casual ableism languages. Secondly, there’s this underlying tone how coming out is the “most freest thing you could.” Of course, it’s all about interpretation, I am proud of people who are out, but I want coming out stories to also reveal the other side of the coin. Not everyone in the closet loathes themselves, this is a myth. Some people treat their identity as theirs alone, and that’s okay. Some people are completely happy at being in the closet. That’s okay as well. There are also people who can’t be out because it would put them into an unsafe situation. That’s okay as well. There are people who didn’t chose to be out, they were forced to, and that’s not okay.

Just a PSA because I saw in the glossary: B*yot and b*kla aren’t just a Filipino local term for gay, it is a slur. These words have been used as dehumanizing insults to Filipino LGBTQ community since forever.

Overall: I would recommend Another Word for Happy, it’s my first gay Filipino read which is refreshing. I’d love to see more #ownvoices stories. Just proceed carefully with the slurs.