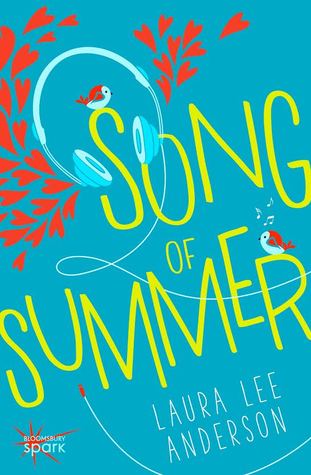 The thirteen qualities of Robin’s Perfect Man range from the mildly important “Handsome” to the all-important “Great taste in music.” After all, Westfield’s best high school folk musician can’t go out with some shmuck who only listens to top 40 crap. When hot Carter Paulson walks in the door of Robin’s diner, it looks like the list may have come to life. It’s not until the end of the meal that she realizes he’s profoundly deaf.

Carter isn’t looking for a girlfriend. Especially not a hearing one. Not that he has anything against hearing girls, they just don’t speak the same language. But when the cute waitress at Grape Country Dairy makes an effort to talk with him, he takes her out on his yellow Ducati motorcycle.

Told in first person alternating perspectives, language, music, and culture go along for the ride as Carter and Robin find their song.

Song of Summer is adorable, delightful and an extremely important read.

The feeling when you started reading a book and you immediately know, you’re going to review it with glowing stars. Because, it was the cutest thing you’d ever encounter. It’s everything you wanted and more. You can’t get enough of it. You need to finish it in one go.

This is me with Song of Summer. This book is the cutest I ever read and it’s tremendously significant.

Song of Summer is told from the alternating point of view of Robin and Carter. Robin is a music nerd working as a waitress when Carter walked into the diner. He’s so tall and handsome as hell. He’s so good and he does it so well. Sure, he perfectly fits, Robin’s Perfect Man.

But Carter isn’t up for relationships. Most importantly, one who doesn’t speak the same language as he does. But when, Robin genuinely offers him a friendship.  He’s suddenly breathless.

Together, they will see if they have a chance to experience culture, music and love together.

My name is Carter Paulson. I’m profoundly deaf, which basically means I can’t hear anything. Yes, that’s rare. In fact, my entire family (except my mom) is deaf. Yes, that’s rare, too. My dad’s an architect, my mom’s a stay-at-home and ASL interpreter. My older sister is twenty— she’s a live representative. Like you would chat with online for technical help. My little sister is nine. She has a CI (cochlear implant), so she’s practically hearing. Yes, this is a weird family in the Deaf community, too. My parents adopted us intentionally because they wanted to give us a good family. It worked. I have a great family.

The characterization is fantastic. Carter easily won me over. He is well sculpted and endearing, who have a full grasp in his life. I don’t know how accurate the deaf depiction is, but Anderson provided ample of well researched details that are very easy to follow. In addition, it is refreshing to see Carter have a great support system, his family. They are woven into the plot as much as his character. I love their adorable relationship.

For a book with alternating point of views, the voices of Robin and Carter have real distinction. I didn’t feel as if, the other narrator is spoiling too much of what’s going to occur next. Instead, the story finds a balance. As their respective journeys clash, the conflict becomes even more interlaced.

The relationship between our two main characters is a whirlwind kind of set up. Anderson explored it realistically. She captured the teenage fumbling, the awkwardness, the hesitation that gradually transforms into familiarity and comfort. My favorites! They are mutually pinning for each other.

For me, it has always been refreshing to read a YA book where the story actually included the moments after the two characters get together. You get to see them navigate their relationship, the starry eyed stage, whimsical notes, and the fireflies.

This book ended with an open note. I wanted to be precise about this part. Especially, because I was conned into thinking it’s a Happily Ever After book and I felt extremely cheated. In addition to that, I’ll also explain why I rated it one less star below. Be wary of quotes and spoilers.

I don’t how would I phrase this, but I will try.

Robin could not make peace her deaf boyfriend will never hear her music because he chose not to.

“I just want us to sing,” she writes. “With millions. For eternity. Like it says in the song, you know? I want us both to sing.”

She holds the pen out, her eyes begging me to answer. Finally, I take the pen and write back. “What if my version of heaven doesn’t include singing?”

“But it can!” she scrawls, writing so fast I can barely read it. “If Heaven is a place where everything is perfect, then you can hear and we can sing!”

And there it is. Plainly stated. There are no deaf people in her perfect world.

I’m here for unlikable heroines, the one who makes selfish choices. We are human after all, but this particular scene doesn’t settle down with me. Robin was delirious, upon learning Carter wasn’t up front that he underwent a cochlear implant before. She was beyond enraged, he didn’t try to use it for her. She didn’t even let him explain his “side of the story”. She made his disability about herself.

I’m perfectly fine about them not ending up together, but not in this particular means. The author could’ve fixed it by letting them both talk to each other or have another conflict that doesn’t have to do with Eliott’s personal choice not to use his cochlear implant. All I wanted is for Robin to see that, it’s not about her. It is about him.

Despite my distaste about this particular plot device, I still think that doesn’t thwart the well-crafted depiction Anderson made.

Everything about the disability representation hit me at heart, except for that part.

Aside from that reason, Song of Summer is still a book I would heartily recommend to readers who are looking for an enjoyable read. Bonus: diversity, and a remarkable hot male narrator. 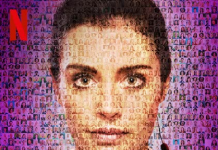