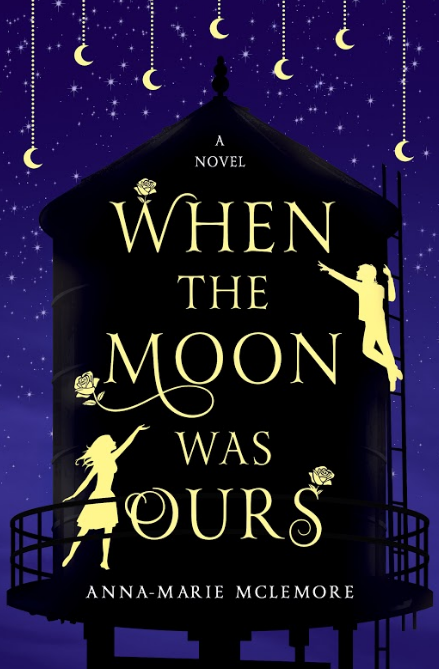 When the Moon Was Ours follows two characters through a story that has multicultural elements and magical realism, but also has central LGBT themes—a transgender boy, the best friend he’s falling in love with, and both of them deciding how they want to define themselves.

To everyone who knows them, best friends Miel and Sam are as strange as they are inseparable. Roses grow out of Miel’s wrist, and rumors say that she spilled out of a water tower when she was five. Sam is known for the moons he paints and hangs in the trees, and for how little anyone knows about his life before he and his mother moved to town.

But as odd as everyone considers Miel and Sam, even they stay away from the Bonner girls, four beautiful sisters rumored to be witches. Now they want the roses that grow from Miel’s skin, convinced that their scent can make anyone fall in love. And they’re willing to use every secret Miel has fought to protect to make sure she gives them up.

Moon had become his name to this town because of her. Because of her, this town had christened him. Without her, he had been nameless. He had not been Samir or Sam. He had been no one. They knew his name no more than they knew who this girl had been before she was water.

When the Moon Was Ours is an exceptional story. It is the book that I expect from The Graces. A reader can’t simply describe its premise, because in some way–everything is tied to the focal plot. But, I will try in vain to encapsulate how beautiful it is. One thing I could plainly tell you, it is the story that would put stars and wonder in your eyes.

When the Moon Was Ours follows the inseparable friendship of Miel and Sam. They’re so much a part of each other, part mystery, part mystical–to their town they become the Honey and Moon. Miel is the female lead who has roses growing out of her arms, who is hiding something within her. Sam is the boy who is always painting moons, hanging them up in the trees. Four sisters with their fiery red hair who would stoop so low to make their town worship them again.

I love the lyricism, the subtlety, the wide spectrum of gender identity, the unfamiliar, but interesting cultural threads, the romance. There is so much to love. My only disappointment is the faltering of the climax. But, overall this book dearly pleased me. It is the LGBT book we all deserve.

When the Moon Was Ours is a story of cultural belonging and gender identity laced with romance and luminous writing. It is rich, imaginative. It’s a cult classic magical realism you surely don’t want to miss.