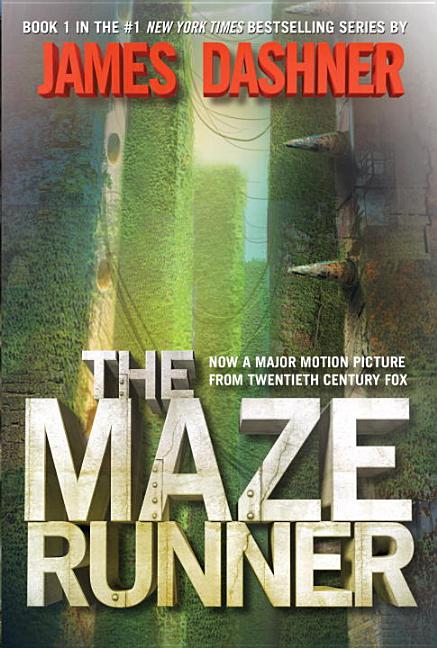 In preparation for the Blu-ray/DVD release of Maze Runner: The Scorch Trials on December 15th, 2015, Hollywood News Source had the opportunity to chat with none other than the mastermind behind the thrilling dystopian YA series, James Dashner. He gives us the scoop on the films, upcoming prequels (The Fever Code anyone?), and we even talk about The Walking Dead!

Check out this Hollywood News Source exclusive and make sure you grab the Blu-ray/DVD this holiday season!

Hollywood News Source: We all know book to film adaptions are a completely different beast to tackle, and some things have to be left out or altered. But what was that one thing you hoped they wouldn’t change in the films?

James Dashner: Of any kind of storytelling—book, movie, TV, whatever—it’s the characters that really matter the most; you need to feel that attachment. And the one thing I worried about the movies, and the one thing I was rooting for the most, was that they find the right cast. And I feel like Dylan O’Brien as Thomas and Kaya Scodelario as Teresa, all these great cast members they got, they have brought these characters to life. They feel so real, and they feel so much like the ones from the book, that everything else is kind of gravy, so I’m really thrilled about that part.

HNS: And they do, they do a fantastic job!

HNS: And seriously, as for Wes Ball (director), The Maze Runner was his first film, correct?

HNS: That blew my mind, because that’s like wow, for him to hit this home run on his first film is pretty epic.

JD: Yeah I feel like we got really fortunate with him. Fox had seen something in him and knew that he had a special talent. We were just lucky that Maze Runner was the first project they put him on so, I’ll take it. I’m thrilled, we got so lucky.

HNS: Definitely! As far as The Scorch Trials, what was your favorite scene?

JD: Scorch Trials, probably the underground scene where Thomas and Brenda are getting chased by Cranks. It was one of my favorite scenes to write and it’s always mentioned by my readers as probably the scariest scene in the series. And I think Wes Ball definitely delivered. It was fortifying and awesome.

HNS: Now personally, I’m not a big fan of splitting the last book into two films, so I’m really excited about The Death Cure being just one film. Why have you chosen not to split the final book in the trilogy?

JD: Well I have to say I agree with you a hundred percent. Especially for my own work, I feel like the third book—The Death Cure—would feel so disjointed and I don’t know, it would have felt wrong to split it into two films. Wes Ball and I, this was one of the things we talked about from the very beginning, and I much rather have one awesome, cohesive, spectacular movie than two movies that are mediocre, or whatever. So I am very thrilled with this decision that ultimately Fox and Wes Ball made.

HNS: For sure! And as far as The Kill Order, can we hope to see it adapted to film?

JD: Well, fingers crossed! I think it’s definitely a possibility. Especially when you consider that it would be mostly an entirely new cast, because that might be the hardest part is getting all these cast members to come back. But it’s set in the same world and it’s a very interesting, self-contained story, so fingers crossed that it happens.

HNS: Fingers crossed! And by chance can we look forward to The Fever Code releasing next year?

JD: Well yeah, the book is finished, the first draft. We’re working on edits and stuff, so the plan is now for it to come out next September.

JD: Yeah, I think fans of the series—it’s just going to be something to eat up. Because all these things have been eluded to come to life in that book—all the characters and the people that readers fell in love with, are all there because it happened before The Maze Runner.

HNS: Now we know you’re extremely busy, but what are some of your favorite YA reads at the moment?

JD: Oh man, you know, no matter how busy I get, I always have time to read. You know a couple things that just jumped into my mind I’ve been reading lately. I finally have read Miss Peregrine’s Home for Peculiar Children by Ransom Riggs, which Tim Burton is making into a film. Those are really, really, really good. They’re magical, there’s something about them, I really love those. And then there’s this new one and it’s from my same publisher and it’s called Illuminae (by Amie Kaufman & Jay Kristoffand) and Brad Pitt’s looking to make it into a film. It’s just very different, a really creative way to tell a story, so those are just a couple that come to mind.

HNS: And last question, as an avid Walking Dead fan, how did you feel about Sunday’s episode?

JD: Okay this is really embarrassing but I’m like three episodes behind…

JD: (Laughs) because I’ve been traveling like crazy! I have them on my DVR waiting for me, and I keep seeing spoilers. The last one I saw is where, it sure looks like Glenn died.

HNS: You’re that far behind?

JD: I don’t know what happened, but maybe you’ll have to email me after I watch them or something. But I am a huge fan, I love that show, and I actually went backwards and read some of the comics after watching the show.

HNS: I did that as well, you’re not alone.

JD: I think I know what happens though.

HNS: Of course you do. With Facebook and BuzzFeed, everybody ruins everything online now. There’s no way to avoid spoilers.

HNS: Well James, thank you for taking the time to talk with Hollywood News Source. We’re definitely looking forward to seeing more from you!

JD: Thank you Karina, I really appreciate it!