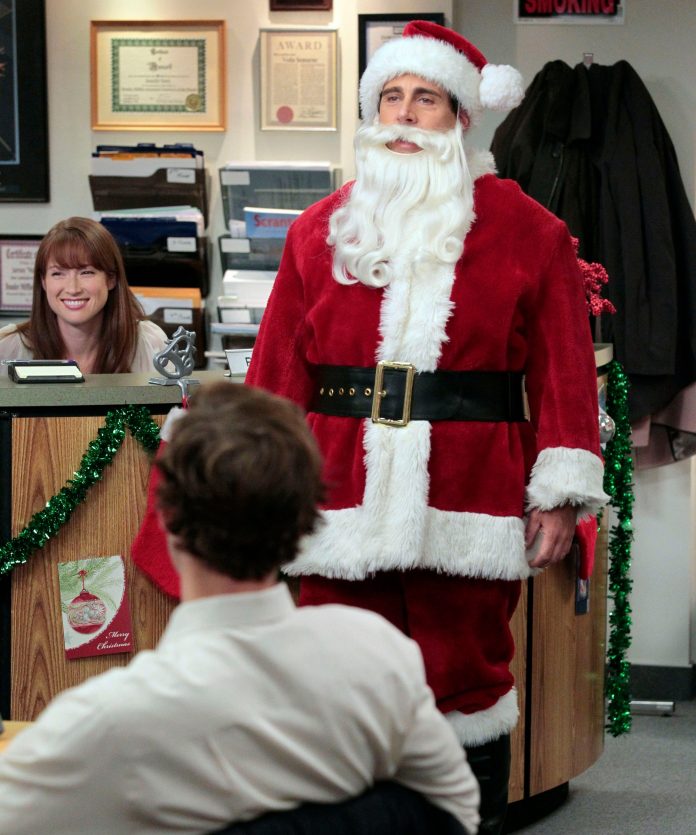 Looking for the perfect binge to light up the season? We’ve got 9 additions to your list!

It’s been 7 years since the last episode of NBC’s The Office. The emmy-winning show drew in millions of viewers during its first run, but its fan-base has grown rapidly since the series premiered on Netflix. Now with new viewers, the show is more popular than ever as it prepares to head over to NBCUniversal’s streaming service, Peacock in January. Until then, Netflix users can enjoy the show and celebrate the season of giving with this list of Christmas-themed episodes:

This is the episode when Jim gives Pam a green teapot for secret Santa, but removes a heartfelt note just before she receives it. We won’t spoil it, but keep this in your backpacker for later in the season!

Hands down, one of our faves! Michael and Andy invite two Benihana servers to the office party, but Michael can’t remember which one he’s been flirting with all night.

In one of the most controversial in the list, Michael attempts to force Meredith into rehab for alcoholism. Despite the heavy topic, Dwight offers comic relief when he enters the resale market!

This episode marks the end of an era! While Michael has a pity party because Phyllis is the office Santa, he learns that Dunder Mifflin has been sold. It’s the end of one chapter and the beginning of a new one as our favorite branch weathers another corporate change.

Like the season before, this episode is the beginning of another major shift! Holly joins the team again and the party planning committee scrambles as Michael changes their theme to “Classy Christmas”. We won’t spoil this new arc, but Holly’s return will change the team forever!

Andy’s in charge and has set out to fulfill everyone’s wishes! With one component missing, viewers definitely feel the change in dynamics in this episode.

It’s the final Christmas episode in the series and after the party planning committee forgets to plan the holiday party, Dwight comes to the rescue! Upon his recommendation, the gang celebrates a Pennsylvania-Dutch themed holiday- rounding out the series with some old school fun.

Whether you’re long-time fans or new ones, we hope you can enjoy holiday binging with this list!