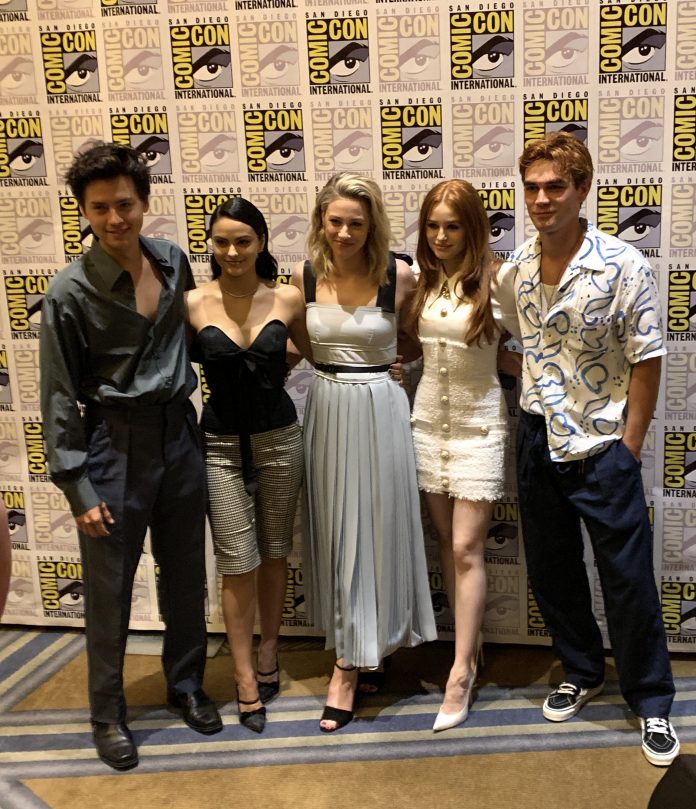 We got the chance to attend the Riverdale press room at this year’s San Diego Comic-Con where we spoke with Executive Producer Robert Aguirre-Sacasa and cast members Cole Sprouse, Lili Reinhart, KJ Apa, Camila Menes and Madelaine Petsch. Watch all the interviews below and be sure to tune in to Season 4 which premieres October 9th on the CW! 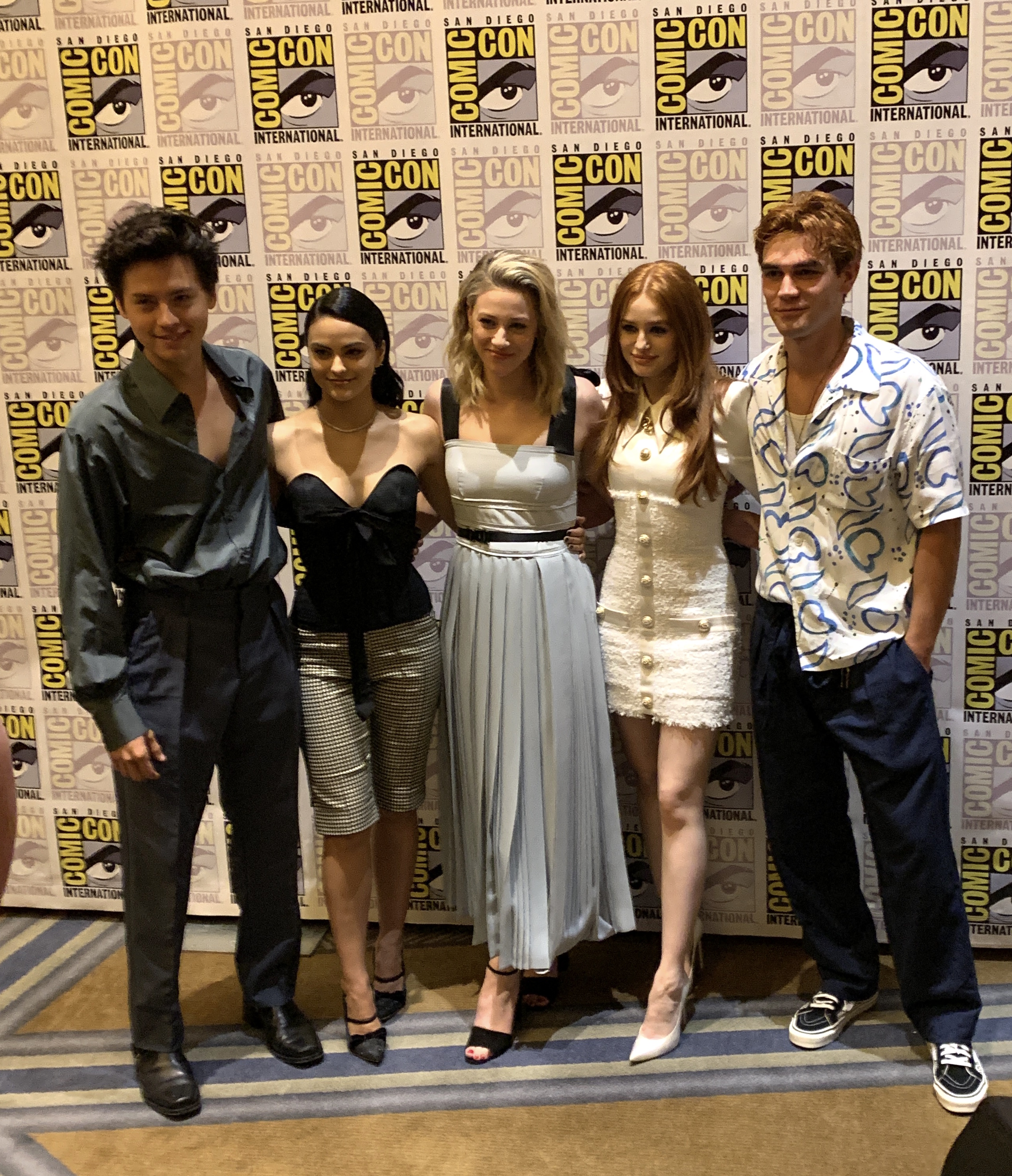 Also announced at Comic-Con: Roberto Aguiree-Sacasa, executive producer of “Riverdale,” announced at San Diego Comic Con that the show’s Season 4 premiere will feature a special tribute to the late Luke Perry. Perry, who played Fred Andrews on the show, died earlier this year from a massive stroke. The tribute episode will guest star longtime friend and former co-star (“90210”), Shannen Doherty. The episode titled “Chapter Fifty-Eight: In Memoriam” is scheduled to air Wednesday, Oct 9 on the CW.

The panel also gave fans many laughs including this epic blooper reel you can watch here: