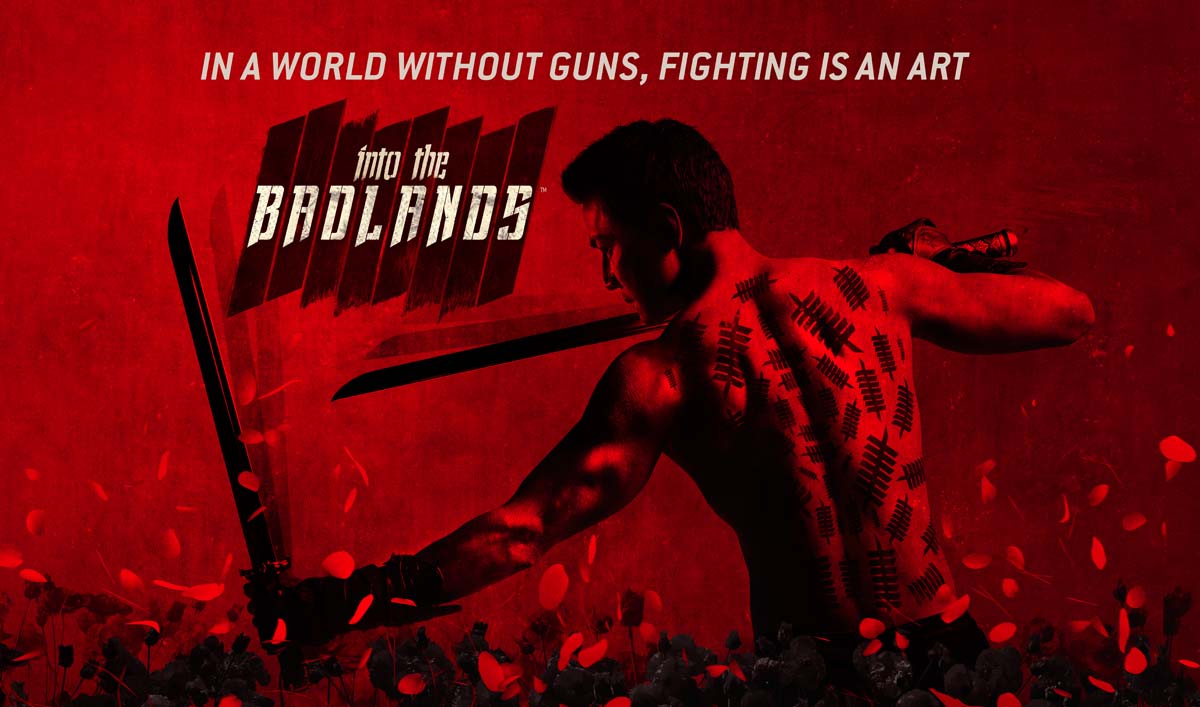 HNS attended the press room for AMC’s Into the Badlands where we participated in a press conference with series star and executive producer Daniel Wu (Tomb Raider) who returns as Sunny, Nick Frost (Shaun of the Dead) who returns as Bajie, Lorraine Toussaint (“Orange is the New Black”) who joins the cast this season as Cressida, and showrunner, executive producer and writer Alfred Gough. “Into the Badlands,” which closed its second season as a top-ten scripted cable series averaging 3 million viewers per episode, is a story of survival and dominance set in a future feudal society. Within the territory known as the Badlands, a variety of clans struggle for supremacy over one another. These clans have been formed by the destruction of familial bonds and skirmishes over power. The show’s interwoven themes of martial arts, love and redemption are highlighted by what the show is best known for: its stunning cinematography and striking fight sequences.

Season three of “Into the Badlands” finds Sunny (Wu) living off the grid, doing his best to provide for his infant son, Henry, in the wake of Veil’s death. It is only when Henry contracts a mysterious illness that Sunny must join forces with Bajie (Frost) and journey back into the Badlands, where The Widow (Beecham) and Baron Chau (Eleanor Matsuura) are entrenched in a drawn-out war that has destabilized the entire region.  No longer supported by Tilda (Ioannides) or Waldo (Stephen Lang), The Widow must find new allies in Lydia (Brady) and in Nathaniel Moon (Augustus) — the former regent who lost his hand to Sunny and Bajie in Season 2.  But when a mysterious nomadic leader called Pilgrim (Ceesay) arrives in the Badlands on a mission to restore Azra and usher in a new era of “peace,” old enemies must band together to defend the Badlands.

And here’s the trailer for the upcoming season to hold you over until the premiere.