Friday night, Wizard World brings the electronic music duo known as Purity Ring, up close and personal with fans at a concert in one of our favorite music venues, The National.  Price of a ticket includes a one-day general admission pass to the Wizard World Comic Con.

Richmond show hours are Friday, September 9th at 3pm-8pm, Saturday, September 10th at 10am-7pm, and Sunday, September 11th at 10 am-4pm.  You can purchase your ticket to attend Wizard World Comic Con and find the schedule of events here.  See you there! 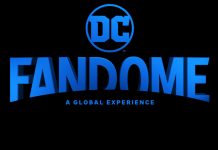