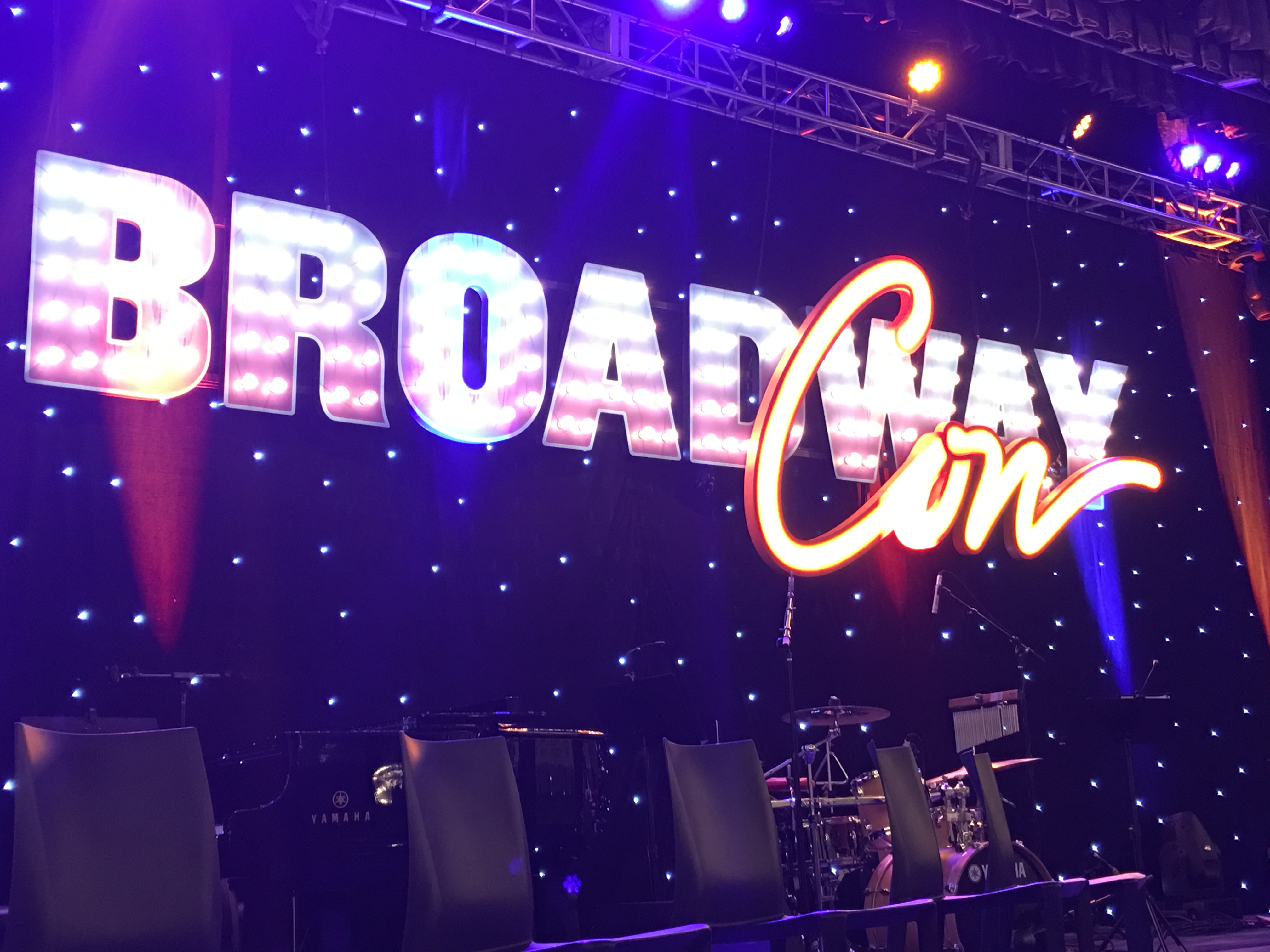 If you haven’t heard of BroadwayCon, let me be the first to tell you about it.   As the name implies, BroadwayCon is the Comic-Con of the Broadway Stage.  If you are at all a Broadway Baby, this is where you want to be January 27-29, 2017.  This is the second year for BroadwayCon and it has already moved into a much bigger venue than last year.  This year will be at the K. Javits Convention Center in NYC.  Last year was at the Hilton.  It was a lovely Hilton, but I think you can get a sense of the anticipated growth between Year 1 and Year 2 by the fact they’ve gone from a hotel to a convention center.  I was lucky enough to attend the first BroadwayCon and I swear the memory will be one of my favorites until the day I die.  Here are some amazing things that happened that weekend: 3.In order to entertain the thousands of people attending during the second largest snowstorm on record when all of the planned entertainers had to cancel because of a city-wide curfew, the Editor of Playbill and planners of BroadwayCon COLD CALLED Broadway legends and put them on speaker phone to talk to us.  We “talked” to Betty Buckley, Joel Grey, Jeremy Jordan, Josh Groban, Patti LuPone, Harvey Fierstein, Idina Menzel…. the list goes on. It was incredible!  In this picture we were chattin’ it up with Audra McDonald. 4. I got Seth Rudetsky’s autograph! (This is a big deal and I can now cross it off on my Fangirl Bucket List) 5. We had a pictures and autographs with Jonathan Groff! 6.  We went to panels with Tony award winning performers and writers sitting so close we could have touched them.  This is Anthony Rapp and Andrew Keenen-Bolger at one of our Meet and Greets. 7. Cosplay was alive and well at BroadwayCon.  Check out this fabulous cosplay of the twins from Sideshow (one of my personal faves!):

8. We saw on stage interviews with cast members from some of the biggest shows on Broadway like Something Rotten.  Here is Christian Borle and Brian d’Arcy James of Something Rotten getting ready to take the stage! And more!!  You can buy tickets to the 2017 Con here.  The confirmed guest list already looks incredible and I can promise you this is one of the best weekends you will have as a lover of musical theatre.  You can geek out and sing show tunes all weekend, with the stars of the show!  Hope to see you there!