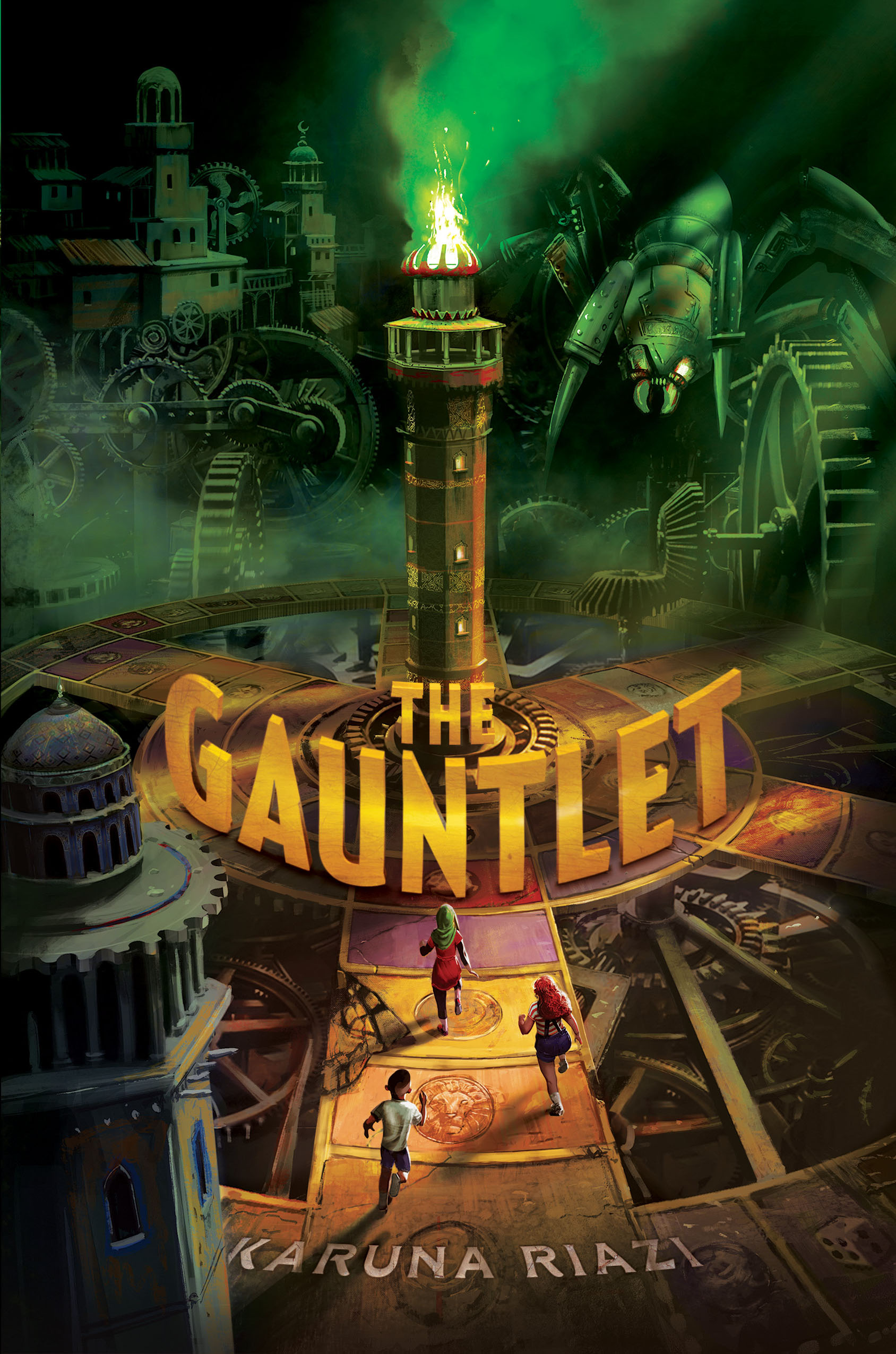 They say good shoes could take you to beautiful places, I believe the same thing could be said to books. It will not only sate your wanderlust, but it would also let you don different kind of shoes, dresses, and even lives. That’s the power of reading, and ‘The Gauntlet’ by Karuna Riazi is the prime example of that magic.

The Gauntlet is a middle-grade fantasy that’s set to take the reading community by storm. The story follows Farah and her two friends who are dead set on retrieving Farah’s younger brother, Ahmed, who was stuck in a magical gameboard. In order to save him, they must pass all of the trials and battle the diabolical architect. If they fail, they will become the newest prisoner of the game.

Today, Riazi will share the ten things she learned as a debut author.

9. But exercise moderation. (Or at least, promise yourself you will, until you see the e-mail containing your edit letter.)

8. It is easier to block GoodReads in theory, but you really need to block it – before the ARCs even mail out.

7. Always step away from your edit letter once you’ve read through it, at least for an hour. It takes some of the gargantuan out of it and gives it a lot more credibility once you’ve given your defenses time to settle themselves down and listen.

6. Debut groups are not mandatory. If anything, they can be more hindering than helpful. Find your own people and stick with them (and make sure to keep your friends in the loop that have already been through the process, too, because it really helps with the sudden irrational panic and self-doubt), and believe me, you’ll get the same amount of advice, support and cheering.

5. Don’t be afraid to pitch yourself. I will admit that here, my mom has been better at it than I am. “You know, my daughter has a book coming out!” Be ready to describe your book and don’t be too modest or self-effacing when friends say they want to buy it for their kids and ask where they can find it. Always thank them for their support.

3. Do not be afraid to ask questions. Nicely, of course, and with the understanding that everyone in this industry is busy, that you aren’t your editor’s only author this season or your agent’s only client (though I am aware that sometimes you may be!) – but do take people up on it when they ask if you have concerns, or thoughts about your cover, or suggestions about bloggers to approach. Do take older, seasoned friends up on it if they want to know if you’re uncertain about aspects they might have gone through, too, or if you want to know if something is normal.

2. Make time to breathe. I’ve played a lot of Sims 4 these past few weeks when I didn’t have anything else pressing, just because I didn’t need to think too hard over it and because reigning over a world where everything can be fixed has been a major balm to my anxiety. This is a wonderful step forward for your career, but it is also incredibly draining, particularly when you are already aware of mental health issues like me. Give yourself space to react as you need to, rest as you need to, talk to friends as you need to.

1. Do what you are comfortable with. This is such underrated advice and something I’ve been taking to heart. If there’s something I do not feel like being part of, attending or endorsing, I am doing my best to discuss why and ask for an alternative. Though a lot of this is taking me out of my comfort zone – getting used to addressing huge crowds without shaking, for instance! – there are also moments when I remind myself that this should not require burnout or me being laid low by a panic attack because I bit off more than I could chew. A trio of friends from New York City find themselves trapped inside a mechanical board game that they must dismantle in order to save themselves and generations of other children in this action-packed debut that’s a steampunk Jumanji with a Middle Eastern flair.

When twelve-year-old Farah and her two best friends get sucked into a mechanical board game called The Gauntlet of Blood and Sand—a puzzle game akin to a large Rubik’s cube—they know it’s up to them to defeat the game’s diabolical architect in order to save themselves and those who are trapped inside, including her baby brother Ahmed. But first they have to figure out how.

Under the tutelage of a lizard guide named Henrietta Peel and an aeronaut Vijay, the Farah and her friends battle camel spiders, red scorpions, grease monkeys, and sand cats as they prepare to face off with the maniacal Lord Amari, the man behind the machine. Can they defeat Amari at his own game…or will they, like the children who came before them, become cogs in the machine?

The Gauntlet is available wherever books are sold. You can purchase it for $9.65 in Amazon.