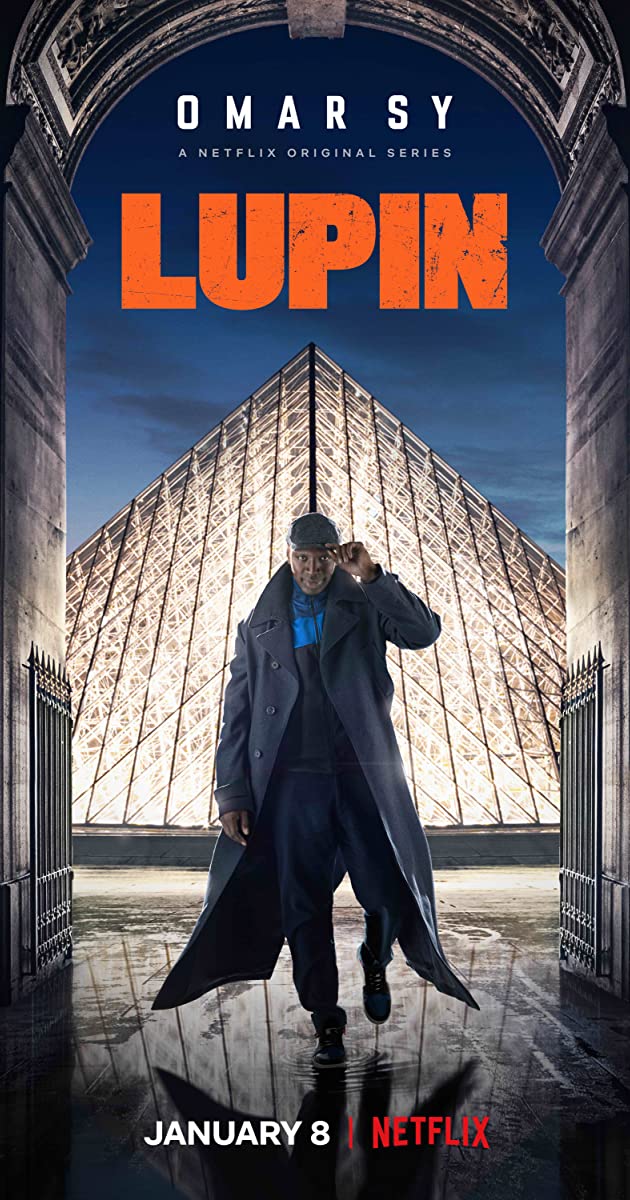 From Netflix and George Kay, comes the first part of this original series based and inspired by the French literary character Arsene Lupin, gentlemen thief and master of disguise, created by French Writer Maurice LeBlanc.

Lupin stars the talented and versatile Omar Sy (Jurassic World), whose screen presence reminds me of a young Idris Elba, as Assane Diop, the suave and modern gentlemen thief. He sets on a journey to avenge and undo the wrong and injustice that was done against his father over 20 years ago. He must use all his abilities to evade the authorities while trying to uncover the truth. But what he begins to discover as he seeks revenge for his father is that the implications reach the highest levels of French authority and government, as he attempts to find justice against the wealthy family involved in this conspiracy. Lupin is shot against the beautiful backdrop of Paris, France showing off the usual beautiful monuments such as Arc de Triomphe, Eiffel Tower and the Louvre Museum. But it also highlights the urban residential areas of Paris that are not always shown on screen, and how diverse these parts are with very crisp and beautifully coloured cinematography. The deeper Assane investigates, the more his past and present begin to collide, setting up part 2 of Lupin which I believe is scheduled to debut this summer.

Take a look at the Lupin Part 2 Trailer below:

Lupin: Part 1 is available to stream on Netflix.