Jason David Frank, Nakia Burrise and Catherine Sutherland were at the Live Stage where they were interviewed about the legacy of the Power Rangers in front of fans. 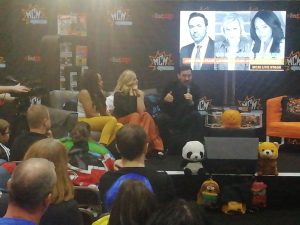 Speaking mostly about the various Power Ranger series they were apart of the trio also touched on attending conventions and gave an insight into behind the scenes. They also opened up about being at the beginning of the Power Ranger phenomenon including Jason David Frank being followed around shopping malls by kids.

Check out the footage of the panel below.