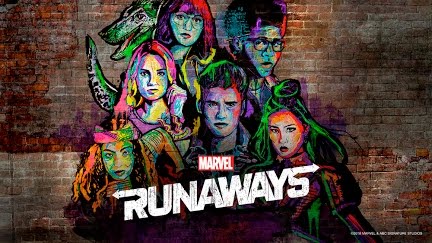 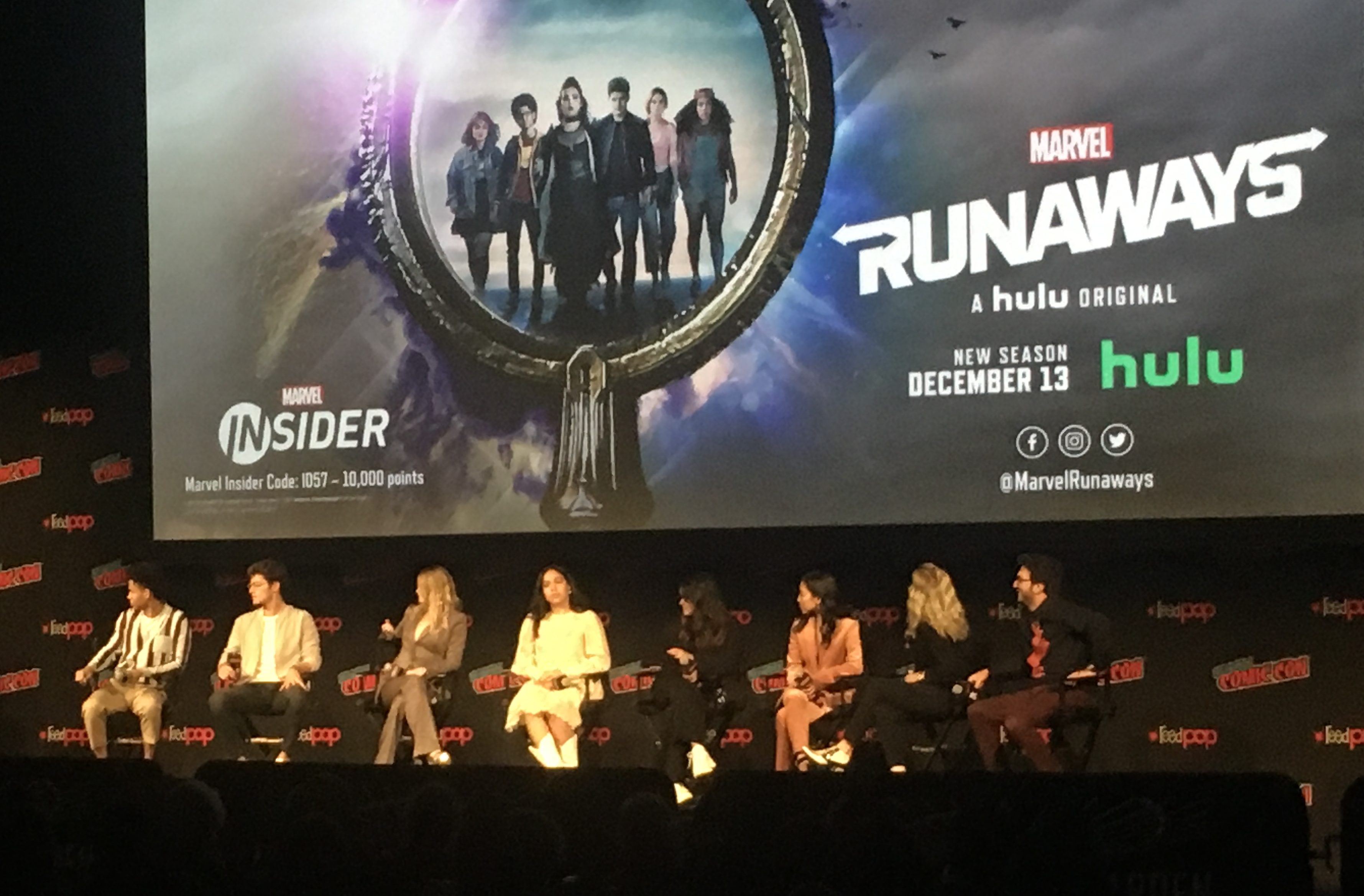 There is a lot of secrecy surrounding Season 3 of Marvel’s Runaways.  This is what I can tell you, in Season 3 the Runaways frantically search for their captured friends Chase, Gert and Karolina. The kids go head to head with an unstoppable enemy who has targeted Leslie— or more accurately, the child she’s carrying. Nico draws them all into a dark realm where its ruler Morgan le Fay, played by Elizabeth Hurley, is much more nefarious than anyone the kids have yet to face.

Runaways at the panel were Josh Schwartz (EP, showrunner), Stephanie Savage (EP, showrunner), Jeph Loeb (EP, Head of Marvel TV), Rhenzy Feliz (“Alex”), Lyrica Okano (“Nico”), Virginia Gardner (“Karolina”), Ariela Barer (“Gert”), Gregg Sulkin (“Chase”), Allegra Acosta (“Molly”).   They started the panel with each telling the person to their left why they were special.  It was sweet and there is genuine love for each for each other within the cast.

Fans attending the panel were thrilled to be granted a first peek at Season 3 via the entire first episode (What?  Yep!  You need to be at NYCC!).  Here’s a taste of what they saw:

Beyond that, I am sworn to secrecy.  Sorry!!!  The new season of Marvel’s Runaways lands on Hulu December 13th! 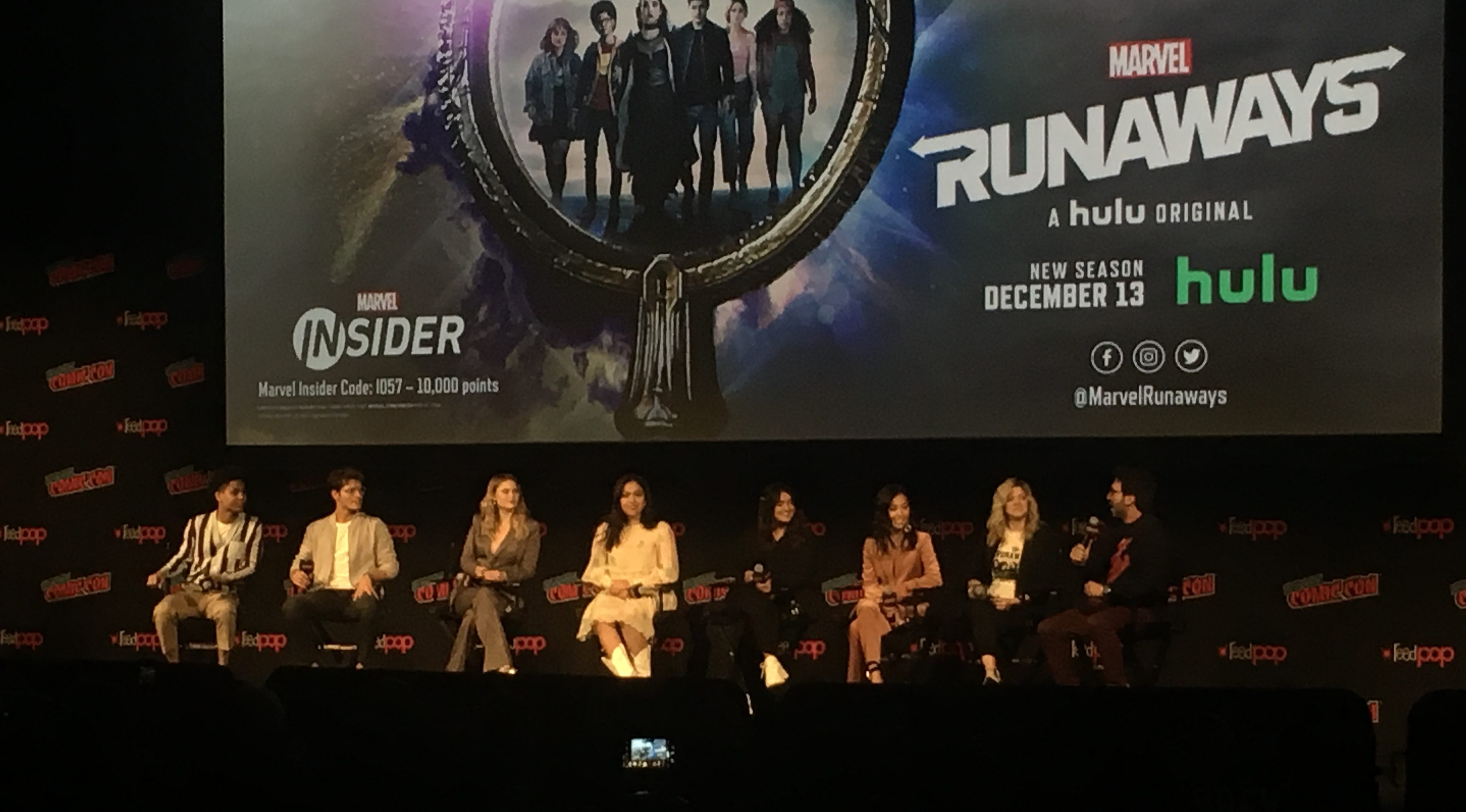