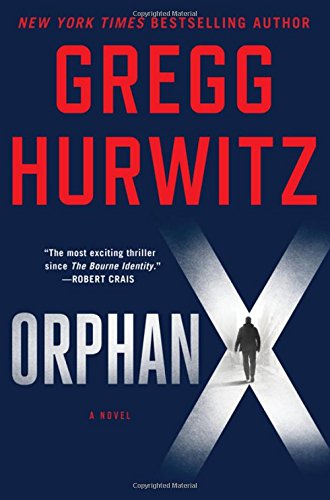 According to Deadline, Orphan X series by Gregg Hurwitz has been extended for three more books. You can read the full details below:

Gregg Hurwitz’s bestselling Orphan X book franchise has been extended for three more books through 2020. The significant seven-figure deal was made by Keith Kahla and Andrew Martin of Minotaur Books and agented by Lisa Erbach Vance at the Aaron Priest Agency. Orphan X is the hit series whose film rights were snapped up a year ago by Warner Bros for Bradley Cooper and Todd Phillips to produce through their 22nd & Green production company, with Hurwitz writing the adaptation. CAA reps Cooper, Phillips, and Hurwitz, and brokered the deal in conjunction with Vance.

Sold in 18 languages around the world, Orphan X features Evan Smoak, a covert solitary assassin trained from childhood inside a shadowy black government program. But his handler also teaches him to maintain his humanity. This collision course eventually lands him off the grid in a most unusual pro bono profession.

“We’re delighted to be continuing our exceptional partnership with Gregg Hurwitz to grow his very promising career – Orphan X is a breakout book and together we will propel the series to even greater heights,” said published Andrew Martin.

Hurwitz is proving a hot writer for filmmakers, with a number of NY Times bestsellers under his belt as well as well-received comic books for Batman,Wolverine, The Punisher. His original screenplay, The Book of Henry, is being directed by Jurassic World‘s Colin Trevorrow, and will be released by Focus Features.

Finn Wolfhard Set To Star In RULES FOR WEREWOLVES