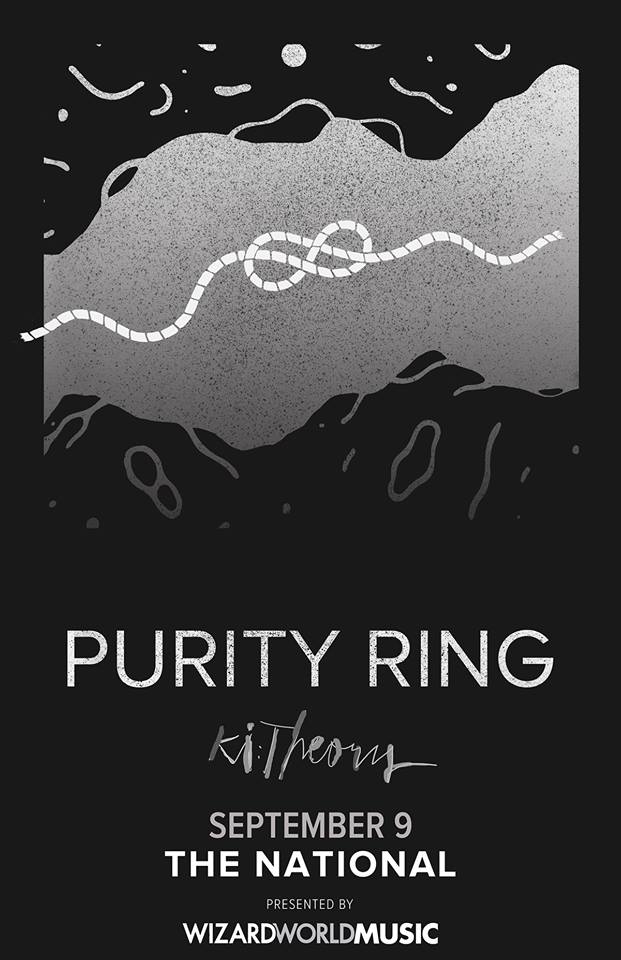 Friday, September 9th marks nearly a year since the Canadian duo of Corin Roddick and Megan James (better known as PURITY RING) performed at The National in Richmond, VA. They were on the road after the February 2015 release of their sophomore album, Another Eternity. The album later peaked in March 2015 at #1 on the Billboard Top Dance/Electronic Albums Chart. Recently, PURITY RING remixed KATY PERRY’s single, “Rise”, which is available via Soundcloud. Richmond native, Joel Burleson (aka KI:THEORY, Ki is pronounced “Key”), will open for Roddick and James. Burleson released his first full-length album, KITTYHAWK, in 2013. “Stand By Me”, a single from the album, was featured on FOX’s The Following. His music has also appeared on many additional TV shows, trailers and commercials. In addition, KI:THEORY has done remixes for numerous artists including KINGS OF LEON, ODESZA and RÜFÜS DU SOL just to name a few. He will be joined on stage by Maura Davis, lead singer of the Richmond indie rock band DENALI. HNS is relatively unfamiliar with both of these artists so we are very excited to check them out! In addition, according to KI:THEORY’s Facebook page, Burleson will be previewing some new music!!

If you are unable to join us at the concert, never fear! PURITY RING begins their fall tour in October, so you can find the location nearest to you! Tickets are available via their official website. Make sure you stay tuned for our exclusive coverage of the concert and Wizard World Richmond Comic Con!