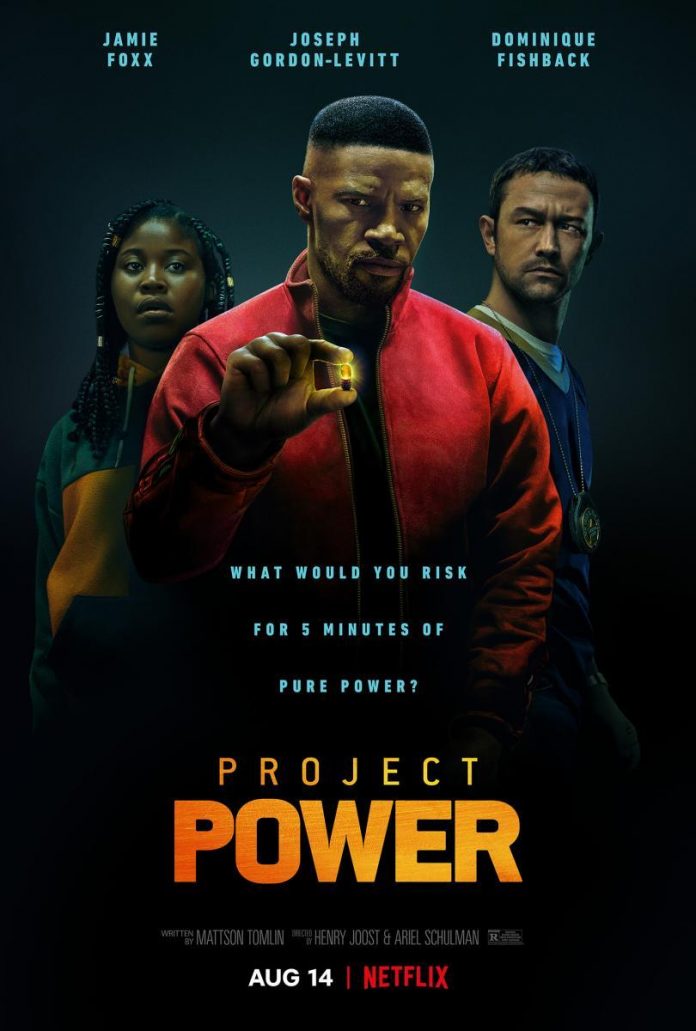 From Netflix and directors Henry Joost and Ariel Schulman comes this Sci-Fi /Action film about a pill that gets released onto the streets of New Orleans which grants the user unheralded superhuman powers but only for 5 minutes.

The user does not know what abilities they will get granted or if it will kill them either. How much would you be prepared to risk for ultimate power? or does too much power corrupt? At the centre of everything is the mysterious Art (Jamie Foxx), Street Cop Frank (Joseph Gordon-Levitt) and street wise teenager-Robin played Dominique Fishback. As they all start delving deeper into the mystery behind this “Power” drug it opens up a bigger conspiracy than they ever imagined endangering citizens of New Orleans but more people around the world.

Project Power touches on social, racial and economic issues which are very relevant around the world today, so the question is would you risk it all for ultimate power? The cinematography reminds me of a few films from the 90’s Strange Days (1995), starring Angela Basset, Juliette Lewis and Ralph Fiennes, was set in a not too distant future. A time which was grungy, dirty where society is slowly rebelling. Project Power tries to explore the evolution and enhancement of human beings and how that can be possibly exploited for financial means and beyond, while Strange Days explored the evolution of technology and it’s effect on ever evolving society and the dangers of it which Project Power tries to do.

Project Power is available to stream on Netflix.