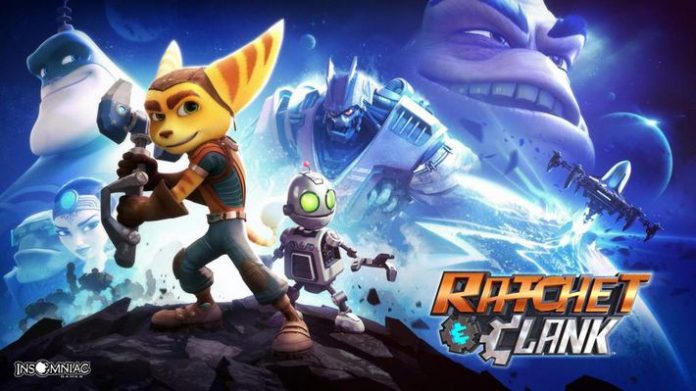 We got the chance to sit down and chat with Ratchet and Clank star Bella Thorne and Director/ Writer Kevin Munroe at WonderCon. Check out what they had to say below and be sure to see the film in theaters starting April 29th! 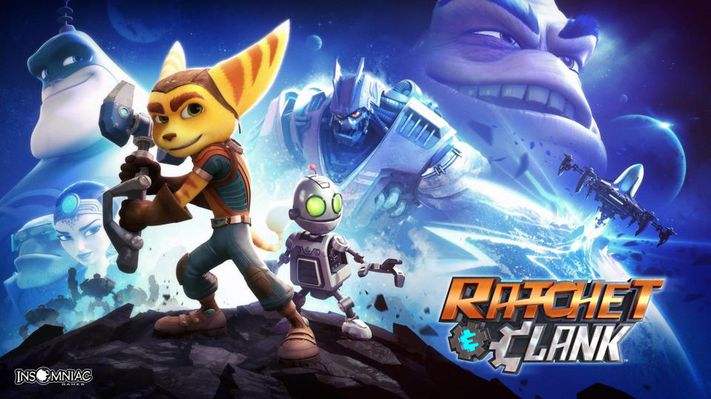 From Rainmaker Entertainment and Blockade Entertainment, Ratchet & Clank is a CG-animated movie based on the iconic PlayStation video game. Two unlikely heroes struggle to stop a vile alien named Chairman Drek from destroying every planet in the Solana Galaxy. Ratchet is the last of his kind, a foolhardy “lombax” who has grown up alone on a backwater planet with no family of his own. Clank is a pint-sized robot with more brains than brawn. When the two stumble upon a dangerous weapon capable of destroying entire planets, they must join forces with a team of colorful heroes called The Galactic Rangers in order to save the galaxy. Along the way, they will learn about heroism, friendship, and the importance of discovering one’s own identity.

It’s not a concept you see every day – film adaptations stemming from video games. Director/ Writer Kevin Munroe describes how they meshed the two for Ratchet and Clank, “The games are meant to empower you as a player. The film is meant to entertain you as an audience member, so it’s where that power set as a viewer vs. a player. Interactive experience vs. a nonlinear viewer experience.” He likens it to when you read a comic book in that they’re meant for you to sort of fill in the blanks to create a story.

He hopes to expand this trend of adapting video games into films, and there’s other video games Munroe would like to adapt into a movie. “Look at the DC universe, look at the Marvel universe… you’re like, ‘wow what a candy store this is! Look at all these amazing franchises.’ Playstation has that. They have this unbelievable library of phenomenal franchises and you sit there and say, ‘oh I could do that one. I could see that one.’ You just go down the list of ones you want to see. Just as a fan so certainly we’re looking.”

This is a new platform, and Playstation is now allowing them, asking them what they can do to help launch this new trend. It’s helped them realize this is a new partnership they can explore. “Sony was very supportive, everybody was on the same page,” he explains.

It’s a project that fans of the video game are not all aware about just yet. “I think that’s like 90% of the tweets, like ‘There’s a Ratchet and Clank movie coming out?!’ when people saw the film’s poster for the first time,” laughs Munroe of the word quickly spreading.

“Lots of money,” joked Munroe when asked how they drew big names for the film. On a more serious note, he explained that it was being opportunistic and flexible with all of the actors’ busy schedules. “I would go and say, ‘Listen, Paul’s in New York. He’s got a week.’” They took those opportunities and were nimble with the scheduling. This is something that they had the capability of and was actually an advantage in working with a smaller studio. Because bigger studios wouldn’t have been so flexible, and would have moved on to a different actor with the schedule they needed. “We’re not Pixar, we’re not Disney, so being opportunistic and flexible was something we had to do.”

Bella Thorne was the wild card. She’s a bigger star to the younger generation. A lot of the higher executives didn’t understand her star power, but she appeals to a different audience. This proved to be extremely valuable in their marketing of the film.

Being a brand new character coming to an already established story, Bella Thorne felt the pressure for her character to be likable. “Obviously, yeah, because the fans love all the other characters, what makes me think they’re going to like mine? So that was hard, but I think that watching her and watching everybody look at the clip we just saw, like her main part, was cool because I really feel like people are gonna let her in because she’s such a bad ass in the film and at the end of the day, she’s kind of bitchy to Ratchet but then she ends up liking him and Clank and getting along with them. And I think that’s a big thing for her character because you’re watching her going, ‘wow! She’s really bossing everyone around.’ And there’s another female character that’s not like that and I think people look at this character thinking there’s either a guy voicing that or a badass girl with a really, really strong voice,” Thorne answers.

“It’s unfortunate because you’ve gotta do it alone. I recorded all my stuff alone. And it was super easy. I’m pretty sure we did it in a good two hours. A solid two hours, we did all my character’s stuff. I’m really good at ADR voiceover type things. I’m like really good at making my mouth speak when other people’s mouths are speaking. So that was easy, but usually it’s much harder and then it’s like you can’t really get into the character that much because you’re too worried about making it look like she’s talking and once you get over that stump then it becomes so much easier,” Thorne explains about the challenges of doing voiceover work and having to do it alone.

The biggest challenge for Thorne though is hearing your voice when you’re doing the voiceover in the studio. She uses a technique of instead hearing her voice as a character and separating it from herself. “When you’re hearing it back you’re like, ‘Oh I don’t like that, it sounds like me. And then other times it’s just the right amount of me and then the other character we’re introducing.’

Thorne says that the Director didn’t really give that much direction to her, and was a very nice and laid back Director that seemed to like her work and had a trust in her. She says of his directing style that he encouraged her to be even meaner and to really give the character this bad ass quality that Thorne was prepared to deliver. She also jokes that she spent the whole time yelling, and there’s only so many ways you can yell.

Thorne fully embraces geek culture and spoke about how much she loves attending conventions. “I think it’s awesome! It just means these people are huge fans. That’s so cool! It’s like how I love cats. Like oh my God my obsession with cats is unreal. I’ve got a cat tattoo. I’m getting another one because this one just isn’t enough cats on my body. I want to start a cat charity. I’m all about cats so when people see my cats they’re probably like, ‘whoa whoa whoa!’ but I see these people’s love for all these different movies and all these fiction characters and it’s so cool! I love seeing people come here and dress up in all these crazy outfits and makeup and you know they really wanted to go full out because they love that character. That’s awesome!” Thorne says enthusiastically.