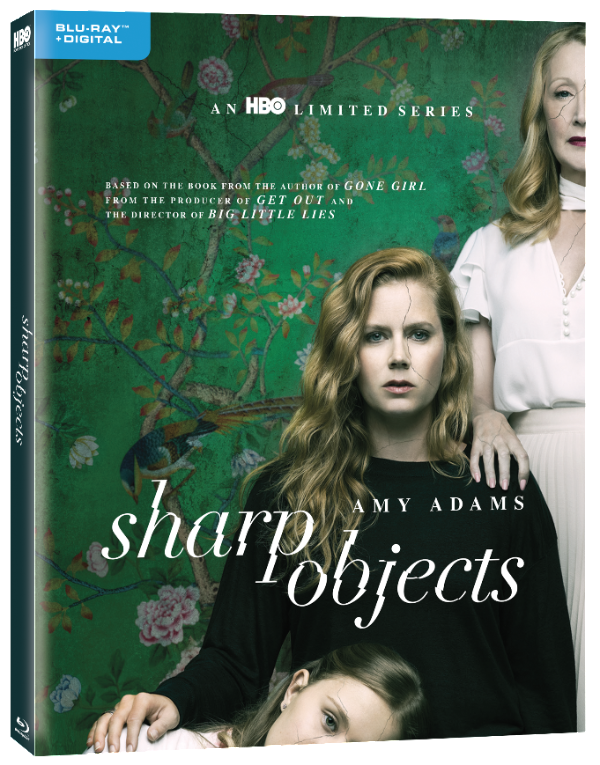 Thanks to HBO, we got the opportunity to review the digital release of HBO’s Sharp Objects. The show is available for digital download now, and will be available on DVD and Blu-ray on 11/27. Check out our review of the show and the special features with the release below! 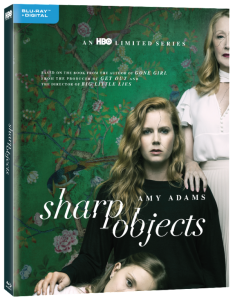 Bring home Sharp Objects today as the eight-episode limited series, based on Gillian Flynn’s (Gone Girl) bestselling novel of the same name, is now available for Digital Download, and comes to Blu-ray™ and DVD on November 27th. Starring five-time Oscar®-nominee Amy Adams (Arrival), the “haunting and riveting” (The Hollywood Reporter) series is directed by Jean-Marc Vallée (HBO’s “Big Little Lies”) and created by Marti Noxon (“Dietland”). The Digital Download, Blu-ray™ and DVD will include an exclusive*, never-before-seen feature showcasing the creation of the fictional town of Wind Gap.

Set in a small town in southern Missouri, Sharp Objects follows troubled journalist Camille Preaker (Adams) as she returns home to investigate the murder of a preteen girl and the disappearance of another. Trying to put together a psychological puzzle from her past, she finds herself identifying with the young victims a bit too closely.

Blu-ray and DVD Bonus Features Include:

HBO’s “Sharp Objects”, based on the book by Gillian Flynn, is SO good. Like throw-your-remote-at-the-TV (or walk away from your laptop) good. The first few episodes are slow, but the payoff is worth it. The twist at the end was unexpected for me- and I pride myself on solving murder mysteries.

Amy Adams brings to life Camille Preaker- a broke (and broken) journalist who’s troubled by her past. Her estranged relationship with her mother and death of her younger sister continue to haunt her even into adulthood. When 2 young girls are kidnapped and murdered in her hometown of Wind Gap, Missouri her Editor (played by Miguel Sandoval) forces her to go back to the small town to investigate and, more importantly, face her demons.

Throughout the series, we learn of Camille’s childhood through well placed flashbacks- taking us in and out of the present along with her. On the outside, she’s an alcoholic loner but through Adams’ portrayal, we peel back the layers to see a complex individual with deep emotional wounds. Included in the bonus DVD edition, Amy and the other lead actors give even deeper insights into their characters.

While I do wish the casting was more diverse, I appreciate SO’s multi-faceted portrayal of women.  As a woman in the entertainment industry, most scripts I read have female characters that feel very one-dimensional. The team behind “Sharp Objects” did a great job of showing the complexities of being a female in a patriarchal society. Camille’s mother (played by Patricia Clarkson) comes off as over-bearing, but as the story unfolds, we find that there’s a deeper, darker side to her story that may not change your mind about her (it didn’t for me), but it gives you insight into her psyche and explains why she treats her children the way she does.

Surrounded by secrets and hypocrisy, Camille’s younger sister Amma is hiding secrets of her own. Despite her mother’s efforts to make her like their deceased sister, Amma rebels and lives a party lifestyle filled with drugs, alcohol, and flirtation with older men. She desperately wants her freedom but can’t seem to get away from a deep-rooted desire to be the girl her mother wants her to be.

The show leads us through Camille’s destructive choices, her deranged family, and a slew of other secrets in this small southern town. In the end, we see the victimized Camilla finally take a stand- and the results are potentially fatal.

The bonuses available are a fun, helpful addition to the show. We sit down with Writer Marti Noxon, Director Jean-Marc Vallee and Author Gillian Flynn to learn more about story choices and watch BTS footage. Vallee, in particular, gives us a welcome into the town of Wind Gap, Missouri and the process behind the fictional town holiday- “Calhoun Day.”

Sharp Objects is definitely well worth the watch- you may have to pace yourself, as some episodes are pretty heavy. But if you’re looking for a good murder mystery with fully developed characters, I’d add this one to your watchlist!