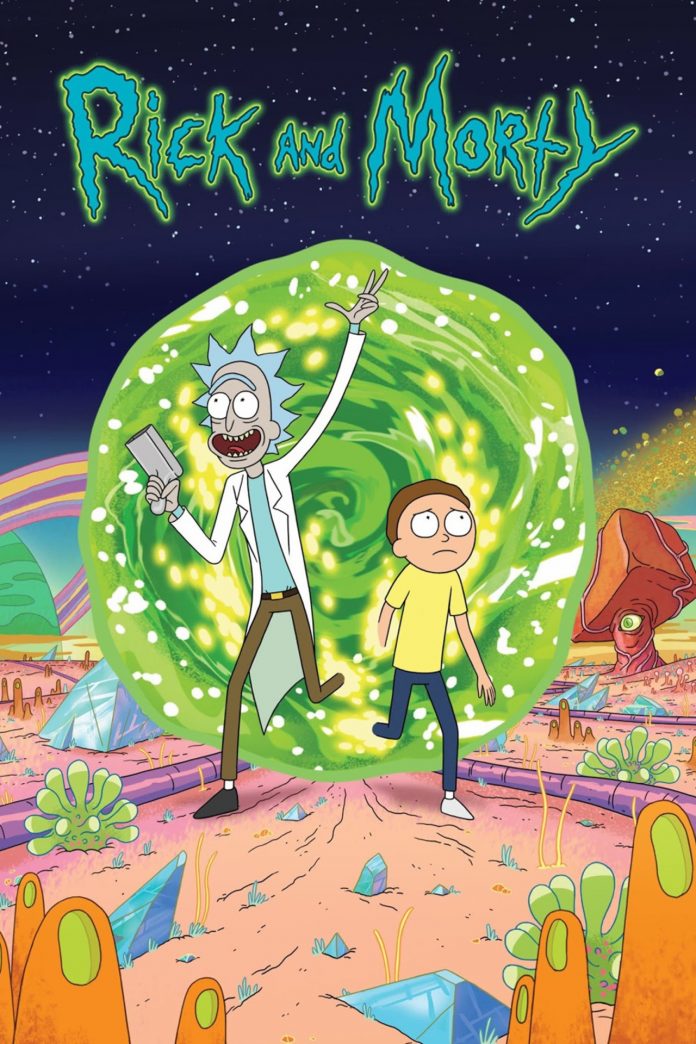 The Rick and Morty panel at last week’s Comic-Con was full of familiar faces (well – voices). But what did we learn about Season 5 and what is next for the show, creators, and cast? Honestly – not much. But there were still plenty of laughs to go around!

Harmon and Marder spoke briefly about the show’s second Emmy win for Outstanding Animated Program for Season 4, with Harmon jokingly pulling back a curtain behind him to explain that there are now bulldozers in his front yard.

Without spoiling too many Season 5 details, the cast talked about some of the best moments so far – which include decoy families, vats of acid that remind us of simpler times in television, and a David Bowie-inspired nemesis named Mr. Nimbus. Season 5 has featured more adventures with the entire family versus Rick and Morty alone. Chalke asked Harmon whether Season 5 was an attempt to include more female characters in each episode, to which he replied with his characteristic dry humor, “No – that’s not it.”

The half-hour conversation included a game led by Johnson, where we learned that Summer would be the most likely character to become a contestant on 90 Day Fiancé and Jerry’s favorite karaoke song is “Wreck of the Edmund Fitzgerald”. It was clear from the panel that this group has fun together – and all signs point to the series continuing after this season (though there have been no announcements yet). But where was the iconic duo for this fine occasion? Naturally, they were busy digging holes.

Catch the replay of the full panel from San Diego Comic-Con@Home 2021 on YouTube and check out new episodes of Rick and Morty Sunday nights on Adult Swim.