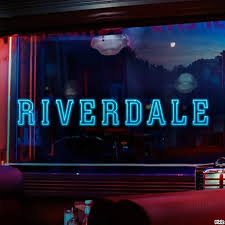 Riverdale fans will finally get to see and hear more about Betty’s long lost brother that was shockingly announced in Season 1. Here’s what we know so far:

The CW teen drama is currently casting the role of Betty’s long-lost brother Chic Cooper, TVLine has confirmed. In the Season 1 finale, Betty learned that her mother Alice got pregnant in high school and had a son that she gave up for adoption. Now we’ll meet that brother — who, yes, is somehow named Chic — midway through the upcoming Season 2 (which debuts Wednesday, Oct. 11 at 8/7c).

The role of Chic will be a recurring guest star, and his arrival will unquestionably throw Betty’s life even further into a tailspin. (Remember, her boyfriend Jughead is stuck attending rival Southside High this season… and that “Dark Betty” alter ego of hers is still lurking somewhere deep in her psyche.) But what brings Chic to Riverdale — and what he wants, exactly, from his biological family — remains a mystery for now.