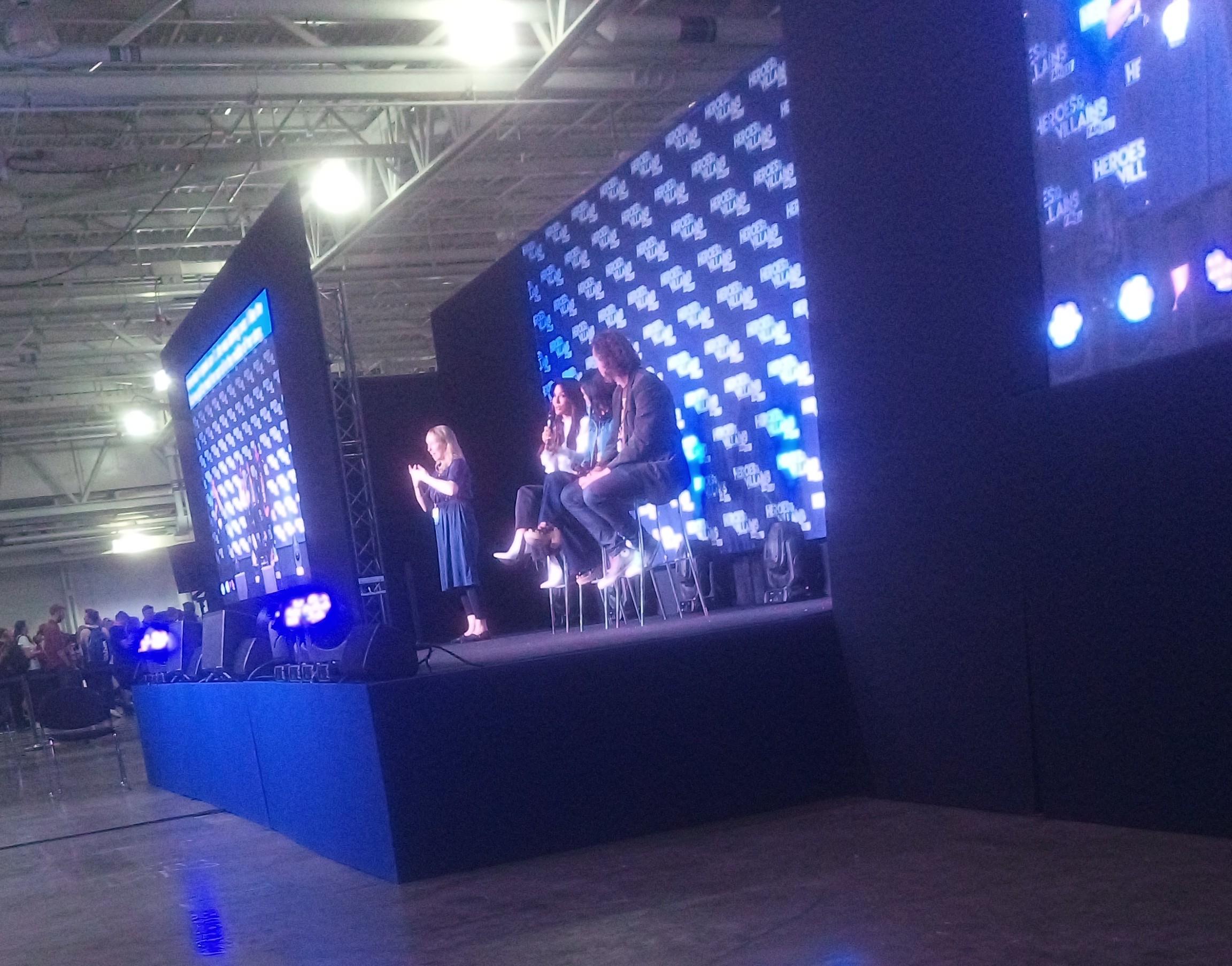 Hollywood News Source was lucky enough to be in attendance for the Riverdale panel at the recent Heroes and Villains Fan Fest event at Olympia London. The Riverdale Panel consisted of Marisol Nichols and Camila Mendes who play Hermione and Veronica Lodge. The discussion saw the two taking lots of questions from the huge crowd that came ranging from unsuccessful attempts to learn more about season 3 to KJ Apa’s dedication to learning his choroegraphy.

We’re sharing two video below of footage we took during the panel.

What shows or guests were you following at Heroes and Villains Fan Fest London? Keep checking back for coverage from the other panels.