Selena Gomez will be featured on Harper Bazaar’s April Issue. The star sat down for an interview with the magazine – you’ll never guess the place!

Gomez is only 20, so not a whole lot of time has passed since those heady days in Grand Prairie, Texas, but she is now a global superstar. Thanks to a six-year relationship with Disney, where she starred on the hit show The Wizards of Waverly Place, she is a massive force in entertainment, complete with 14 million Twitter followers, a feverishly speculated-about personal life (her breakups/makeups/breakups with Justin Bieber are a national fixation on par with friend Taylor Swift’s romances), an upcoming album (her fourth), a clothing line (Dream Out Loud, for Kmart), more grown-up film roles, and, on top of that, a world tour scheduled for later this year. Probably best, then, that she’s only 20. 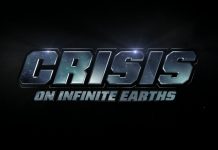