Check out this interview that IndieWire did with Shailene Woodley.  She talks about her role in The Spectacular Now and discusses how The Amazing Spiderman 2 felt like an indie film.

You seem so grounded talking about your involvement with the franchise. Does it feel at all surreal?

It does feel surreal, but it does feel just like, “Yeah we’re doing another movie, it’s going to be so much fun!” But then I see a billboard for something Spider-Man or walk through the mall and see a Spider-Man pajama set, and that’s when it trips me out. But yeah, it’s exciting. I just feel endlessly grateful. I’ve always been the girl who said I would never want to do big blockbuster movies. Even though “Spider-Man” is a big blockbuster, it doesn’t feel like it because everyone involved is so grounded and down to earth. It feels like we’re working on an indie film.

Circling back to “Spectacular,” the film deals with teen drinking in a refreshingly frank way. Did you drink during that stage in your life?

Alcohol is a big part of high school. I went through my little phase. I don’t know one high schooler that doesn’t. This movie isn’t about alcoholism. If any other director had taken it on, I think it maybe would have been a bigger part of it. I think it explores more the emotional turmoil that teenagers go through and the trials and tribulations of trying to figure out who you are. Miles’ character is not drinking, clearly, because he’s an alcoholic. He’s drinking because he doesn’t really know any other way to have fun and to enjoy life. That can be a budding addiction, but I think at this point it’s really just exploring the truth of what it’s like to be in high school and what you do in high school. It doesn’t glamorize the drinking.

Your character initially seems to have an aversion to alcohol, but then begins to drink…

To please him! That’s one aspect of the script that I fell in love with. In high school I had a relationship that was almost identical to the relationship she had with him in the movie. I think that it’s something that a lot of people go through – that you’re in a relationship with someone and you try to change them. But in the process you end up changing yourself so much that you have no idea who you are.

I think that’s a big learning lesson that every human being should go through. I think you should fall on your face and a little bit give yourself away to someone else, because if you don’t do that, you’ll never learn to appreciate yourself in your entirety.

Was that your first sex scene on film?

It was, yeah. I’m proud of it! It’s my favorite scene in the movie (laughs).

When I sat down with James before I even agreed to do the movie, I asked him about that scene and he said, “I want to make that scene so beautiful and so romantic and so lovely, and I want it to be so real, that when people leave the movie I want them to say: ‘I’ve never seen a sex scene with teenagers that real in my entire life.’” Him saying that as well as many other things is what convinced me to do the film. But it was so beautifully done. I love the fact that we were able to giggle. And I love the fact that we were able to laugh at ourselves and just have these sweet moments and painful moments. When I look at it, I don’t see myself having sex. I see this character. It makes me smile because I think even if that wasn’t everyone’s experience, there’s something so charming and so lovely about being in that sacred space together at such a young age. 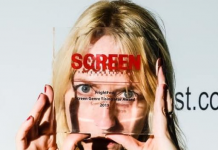 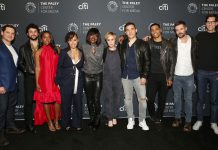 Exclusive: ‘How to Get Away with Murder’ Cast, Creator Talk Fall Finale 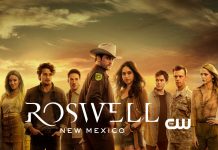 Five Reasons Why New York Comic Con Made Me A Forever Fan of “Roswell, New Mexico”

See the Lineup for PaleyFest LA 2020; ‘Mandalorian’ Cast to Attend