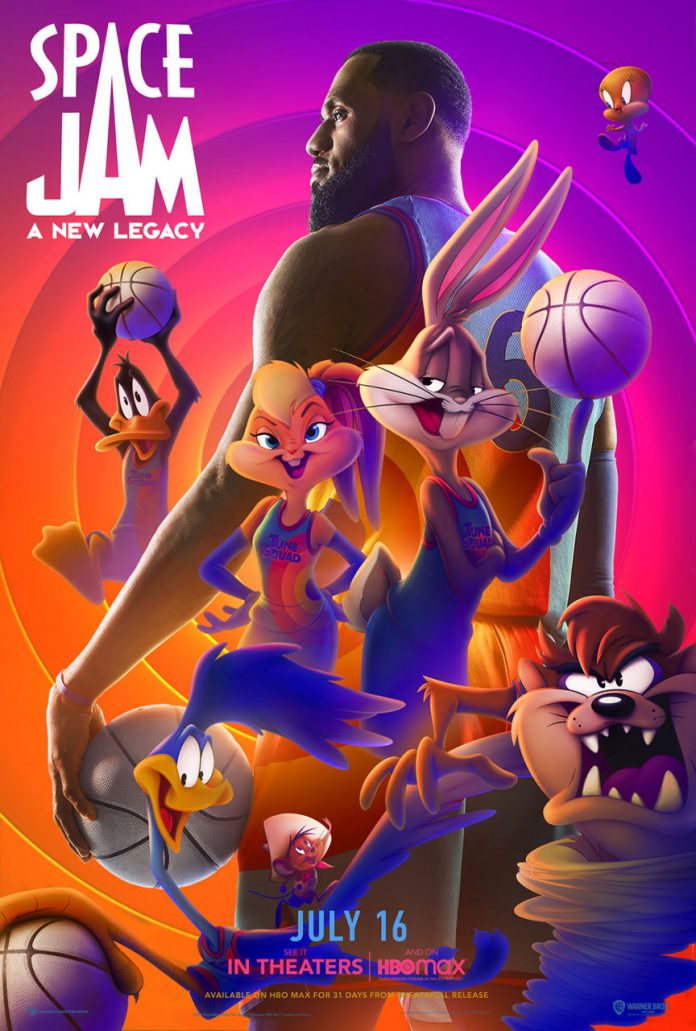 25 years after the original with sports icon Michael Jordan, Warner Brothers bring you a new installment of Space Jam, starring basketball superstar Lebron James with Ryan Coogler producing. It tells the story of Lebron James and his son Dom James, played by Cedric Joe, who is talented at basketball, but has a real passion and talent for creating video games. Dom does this secretly because he does not want to let his father down, whom believes in him and pushes him to be the best he can be to a fault. During a meeting to pitch a new project at Warner Brothers studios in California, with some executives amusingly played by Steven Yeun and Sarah Silverman respectively, Lebron and Dom encounter an artificial intelligence creation by the name of AI-G. Rhythm (Don Cheadle). AI-G kidnaps Dom and takes him into the server verse for his own world dominating purposes. Lebron then follows him and is taken into the Warner Brothers universe where he encounters very iconic WB characters and worlds from all media including the Wizard of Oz, Gotham, Game of Thrones, and Themyscira – Wonder Woman’s home Island.

In a bid to save his son and the Looney Tunes, he must help recruit a team to beat AI-G. Rhythm’s team of NBA and WNBA basketball players, composed of monstrous enhanced avatars known as the Goon Squad. With Bugs Bunny’s help, he goes on a quest to build a team to win the game and stop Al-G. Rhythm, with the help of Lola, Daffy, Porky and the rest of the tunes. Sonequa Martin-Green also stars as Kamiyah James (Lebron’s wife) who is trying to make sense of the craziness going on with the Looney Tunes and her family, and the bond between a father and his son.

Space Jam: A New Legacy is available to stream on HBO Max and to watch in cinemas.