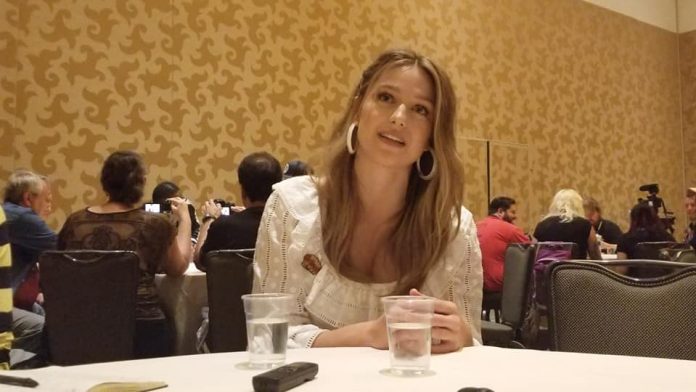 I could make some puns about how super the “Supergirl” cast is, but I’ll save you from that. They were super, though!

Last month, we got to chat with some of the cast and executive producers of the show at SDCC! Melissa Benoist talks about her time on Broadway. Katie McGrath doesn’t hesitate to have the whole table laughing while talking about Lena’s outfits in the lab and how she loves playing a character that has been an inspiration for fans. Then, of course, Jesse Rath talks about Brainy. And we got to chat with the talented executive producers, Jessica Queller and Robert Rovner. Watch the interviews below for some more deets about your favorite show and characters!